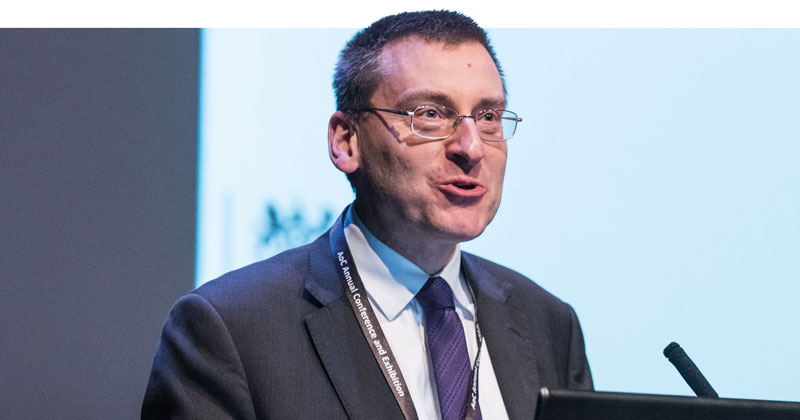 A struggling sixth form college has pulled out of its ongoing area review, after a special intervention by sixth form commissioner Peter Mucklow.

The Leicester-based Gateway SFC received an ‘inadequate’ grade from Ofsted in October, and Mr Mucklow (pictured) made the recommendation based on a visit he made in November.

His report into the 1,600 learner SFC, published in late January, said: “The college should stand aside from implementing structural change within the context of the area review and focus exclusively on improving quality standards with the aim to achieve an improved inspection rating at the next full inspection (expected by February 2018).”

Suzanne Overton-Edwards, Gateway’s principal, told FE Week that it had withdrawn from the Leicester and Leicestershire area review, which began September 12, as a result of Mr Mucklow’s report – though not entirely.

“Whilst not being as fully involved in the area-based review process as we have been, we are still maintaining contact with the process and key personnel and look forward to returning to full discussions with colleagues about any structural changes in the future, once the improvements we are making are evident to Ofsted,” she said.

Mr Mucklow’s recommendation appears to fly in the face of the government’s intention for the area reviews to be a “one-off” restructuring of the sector “to achieve long-term sustainability”.

It may also limit the Gateway’s restructuring options in future.

Ms Overton-Edwards however declined to comment on the effect stepping back from the area review would have on Gateway’s future restructuring options.

The Department for Education also declined to comment on the recommendation and its impact.

Meanwhile, the first merger recommended through the area reviews is due to go ahead on February 1.

The link-up between Dearne Valley College and the RNN Group, made up of Rotherham and North Nottinghamshire Colleges, was suggested in the Sheffield review, which completed in June.

Martin Harrison, Dearne Valley College’s principal, said: “The merger offers the opportunity for us to combine the expertise of our staff, our facilities and our resources to allow greater capacity to offer a comprehensive and employer-responsive education and training offer to South Yorkshire, North Nottinghamshire and beyond.”