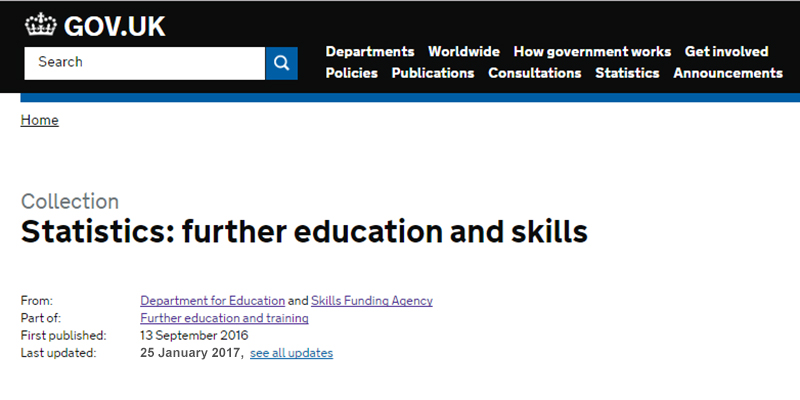 Apprenticeship starts published by the DfE this morning show a slight increase, when comparing provisional figures for the first quarter of the academic year (August to October).

This comes as the latest vacancy numbers taken from the ‘find and apprenticeship’ government website showed a 20 percent fall (12,810 fewer) in the first quarter of 2016/17 compared to the same period last year. And Traineeship vacancies fell 29 percent (610 fewer).

As the figures below also reveal, applications to become an apprentice rose 35 percent (up 150,770) in the same period.

So as the volume of vacancies from employers shrunk the number of people applying continued to rise.

Mark Dawe at AELP has expressed “concern” at the latest vacancy numbers, adding: “We need to make sure that the incentives for employers are sufficient to make sure that more apprenticeship opportunities become available.”

FE Week has spoken to various sector insiders, and one unsubstantiated theory is that some ‘levied-employers’ are waiting for the apprenticeship reforms to take place from 1 May, when they will be able to start using their credit. And the ‘non-levied employers’ might also be waiting until May given their fee contribution for apprenticeship standards will fall from a third to 10 percent.

“I want to build on this success and keep increasing the prestige and quality of apprenticeships to ensure they are on par with traditional academic options.”