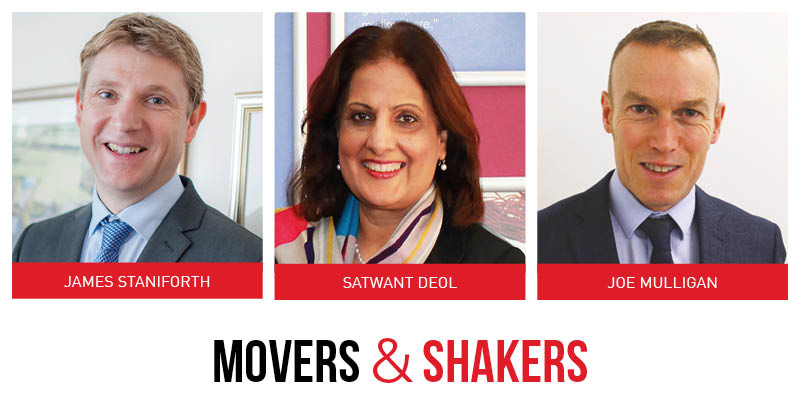 James Staniforth has been appointed principal and chief executive of the Shrewsbury Colleges Group.

Mr Staniforth will take up the new role, leaving his current position as principal at Strode College in Somerset, and bring with him a wealth of experience from senior roles within sixth form and further education colleges.

In the role, he says he is “committed to making Shrewsbury Colleges Group a centre of academic and vocational excellence” and aims to develop a “regional and national reputation”.

He added: “I am delighted to be joining Shrewsbury Colleges Group and to have the opportunity to work with the staff, governors and the community to move the college to the next stage post-merger.”

Mr Staniforth will take over the role from the current principal and CEO, Lyn Surgeon, after Easter 2017.

Satwant Deol has been appointed principal and CEO of the Henley College.

The college, which is based in Oxfordshire, achieved an Ofsted rating of ‘good’ in its most recent inspection, and teaches nearly 2,000 full-time students from schools across Berkshire, Buckinghamshire and Oxfordshire.

She will take up the role from her current position as managing director of the Technical, Creative, Academic and Professional (TCAP) Company at Highbury college, where she held responsibility for strategic direction, marketing and budgets of the learning company, as well as leadership of the curriculum, teaching, learning and assessment.

Prior to this, she held senior roles across a number of London colleges, where, amongst other initiatives, she set up a mentoring scheme for under-achieving BAME students.

She began her career in software development, and became the first woman to lead an all-male development team in her role as head of department at Coventry University.

At The Henley, she hopes to put her experience of technology to good use, with plans to “get more young women into science, engineering and technology subjects” as well as establishing herself in the local community.

Mr Mulligan is currently assistant principal at Bristol Technology and Engineering Academy, and will take up the new principalship on the January 17.

In the role, he has ambitions to make the UTC the number-one choice for local students who have a passion for STEM subjects.

He claims he is most looking forward to “working with the students and teachers” and is “getting to know the city and employers linked with the UTC”.

Mulligan, who grew up in Essex, left school at 16 to take an apprenticeship in aircraft maintenance, and even pursued a degree in mechanical engineering before eventually going into teaching.

Speaking of his decision to take up the role, he said: “Bristol is firmly established now, results are good and I wanted the opportunity to develop another UTC and make it my own.

“I really believe that Salisbury has so much potential.”