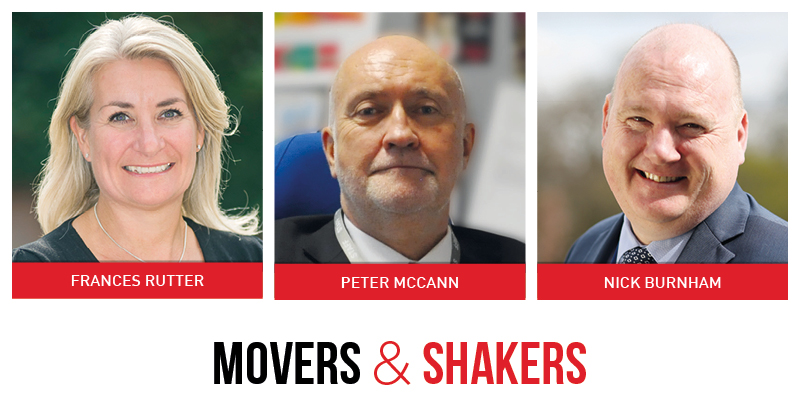 Your weekly guide to who’s new and who’s leaving.

She’s currently the chief executive at Epsom and Ewell Borough Council, and will take up the role in spring, overseeing everything from courses to commercial ventures. She will also be responsible for building relationships with employers, civic and voluntary organisations, and the public.

It isn’t her first experience of working with the college, as she has previously served as a board member, stepping down in 2013.

Speaking of her new role, she said: “This is a really exciting time for post-16 education, with plenty of opportunities for Nescot. I am looking forward to working with governors, staff and students to help it become even stronger.”

Ms Rutter, who is a qualified solicitor, has held her position at Epsom and Ewell Borough Council for eight years, and prior to this spent 13 years at Elmbridge Borough Council, with two years as an assistant chief executive.

Cliff Hall will stay on at Nescot as CEO and principal until Ms Rutter takes up her new role in early 2017.

The college based in Shropshire comprises of two main campuses in Walford and Oswestry, with smaller centres used throughout the county.

As interim principal, Mr McCann hopes to develop technical training at the college.

He said of his new role: “I look forward to working with the staff and our partners to ensure that we provide the creative and responsive technical training, skills development and progression our students, community and employers deserve.”

Mr McCann has a wealth of experience in the FE sector, and has previously turned around a college with a grade four Ofsted rating to a grade two within 18 months. At his last college, he led an employer engagement strategy, which increased the volumes of young adults taking up apprenticeships from 400 to 2,250.

He has been chair of both the Leeds City Region LEP Skills Network and West Yorkshire Consortium of Colleges, and has also sat on the board of the Education Training Forum since its inception.

Nick Burnham has been elected chair of the Sixth Form Colleges’ Association.

The SFCA represents, supports and promotes sixth form colleges, and often leads national negotiations with trade unions on the pay and conditions of staff.

The new role will see Mr Burnham chair the SFCA council, which supports and guides the work of the association.

He takes up the role of chair alongside his position as principal at Cardinal Newman college in Preston, and will replace Eddie Playfair, the principal of Newham Sixth Form, who steps down after a successful three-year term.

Mr Burnham has 24 years of experience in the FE sector, and began his career as an economics teacher at Peter Symonds College in Winchester.

He then spent nine years working as a deputy principal at Carmel College St Helens, before being appointed as principal of Cardinal Newman in 2012.

Commenting on his new role, he said: “I firmly believe in this sector and its power to effect the lives of students – it is often deservedly referred to as the jewel in the crown of education. We will be working hard to influence the major issues affecting the sector and how best the association can work to meet the needs of the member colleges.”