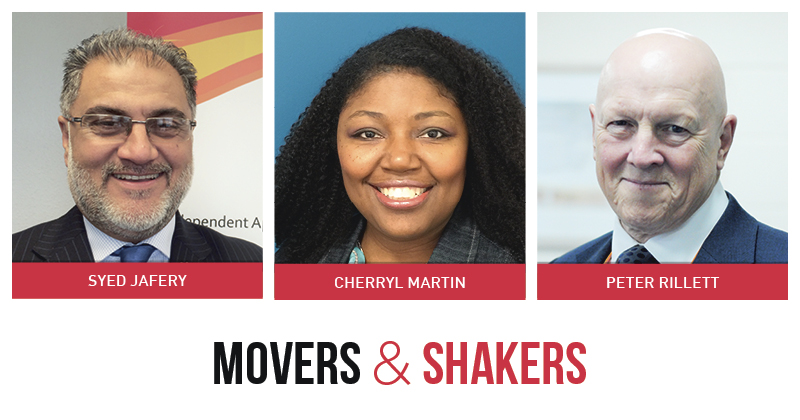 The organisation is a network of independent training providers, colleges, schools and employers who work to support individuals into education, employment and training.

His main responsibilities in the new role will include meeting with partners, developing classroom delivery for traineeships, and developing learner experience.

Mr Jafery joins the NTN from his previous role as operations director and company executive director at Skills Training UK – a leading training provider – which he held for over nine years.

Prior to this he was performance manager for Brent and Haringey at Working Links, where he worked with the long-term unemployed, including those with disabilities and ex-offenders.

His passion for working with those with disabilities is something he hopes to develop further in his new role as managing director, and he has hopes to implement a specialist training provision that caters to a wide spectrum of disabilities.

Speaking of his plans, he said: “Disability has a wide spectrum; you cannot just have just one word or programme, so we have to come up with a very sophisticated model. I’ve got a few people who are going to assist me with that. I want NTN to be a pioneer, that’s my vision.”

Cherryl Martin has been appointed commercial director at new specialist training facility iMET, which stands for Innovation in Manufacturing, Engineering and Technology.

Work began on the building in Cambridgeshire in 2014, and it is due to be completed in November 2017.

Targeting learners working at level three and above, the facility aims to teach specialist skills including virtual reality, augmented reality, computer-aided design and 3D and 4D modelling, a technique which uses time as an extra dimension.

In her new role, Ms Martin will be at the forefront of business skills growth, ensuring the curriculum serves the skills needs of the region, as well as actively collaborating with employers to ensure iMET is meeting their training needs.

Speaking of her new role, she said: “We’ll be looking at learning technologies and how you can push the boat out with that. You can’t talk the talk of innovation and then do everything with a classroom and a projector.”

Peter Rilett has been appointed chair of the governing body at City of Bristol College.

The appointment follows the conclusion of the West of England area reviews, signalling a fresh start for the college, which provides education and training to 25,000 learners in and around Bristol.

Prior to his new role, Mr Rilett served as chair of the North Bristol NHS Trust board for several years, and is a non-executive director and advisor for a number of local companies.

Speaking of his new appointment, he said: “I am personally committed to the future of our city, and ensuring the college secures the best possible futures for all of its students. The college has a really important role in supporting our city to secure the skills it needs for today, tomorrow and beyond.”

Mr Rilett will join the board on November 11, and takes up the role of chair with effect from the end of December.