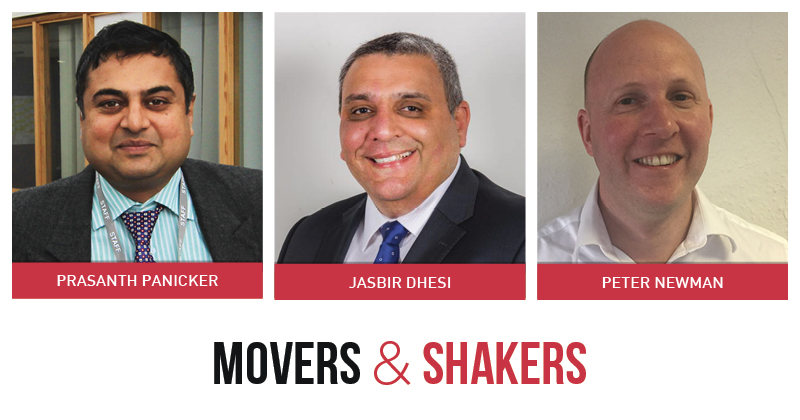 Prasanth Panicker has been appointed business development advisor at Truro and Penwith college.

The college, based in Truro, Cornwall, currently holds an ‘outstanding’ rating from its most recent Ofsted inspection.

Mr Panicker’s role will involve engaging with Cornwall-based engineering and motor vehicle businesses, helping them benefit from the expertise and facilities available at the college through training and development solutions.

Prior to his role at the college, he spent 21 years in the Indian Navy, progressing from naval officer to the position of executive officer, where he took over a research and development establishment and turned it into a naval submarine training facility, training marine engineers, officers and apprentices.

After leaving the Navy in 2012, Mr Panicker joined a renewable energy company in Mumbai, before moving to the UK and working as a freelance business consultant.

He said: “The top-notch training facilities, such as the Seaton building specifically built for engineers, and in Penwith where you have the incredible motor vehicle section, really are a class apart.”

He added: “When you walk in, you feel the positivity all around. This is vital, especially for teenagers who can carry this positivity into the job market and well into their careers.”

Jasbir Dhesi, current Principal of South Cheshire College, has been appointed as principal and chief executive designate of a proposed new FE college in Cheshire.

The Cheshire College will be a result of a merger between South Cheshire college and West Cheshire college, and is due to take place in January 2017 – when Mr Dhesi will take up the role.

The merger was announced in July 2016 following a review of further education provision across both Cheshire and Warrington.

Mr Dhesi has been principal at South Cheshire College since January 2014. Working in the further education sector since graduating university, he has experience in a range of senior management positions, including holding the title of both vice principal and principal at Yale college in Wrexham.

Speaking of the new college, he said: “We have just completed our public consultation on the merger and initial feedback indicates overwhelming support for our proposals.

“This is both an exciting and important time as we continue to develop our plans to ensure we deliver high-quality training and learning for students, the community and employers.”

The academy aims to ensure learners from the college are prepared to make the transition into employment, while also meeting the needs of employers.

In the role, Mr Newman will chair an advisory board of representatives from 10 local and regional companies specialising in construction, and provide feedback to the college on curriculum design and future education training requirements.

He hopes that his new role will help to tackle skills shortages in the professional construction industries.

“It is vital that employers work closely with education providers to bridge the gap between the skills provided and the reality of what is required in the workplace,” he said.

“By bringing together professionals from across the industry, we are able to share the broader view on skills requirements and offer the learners a wide range of experience as part of their study programmes.”

He takes up the role alongside his current position as an associate director at Morrison Design, an architectural firm in Derby.