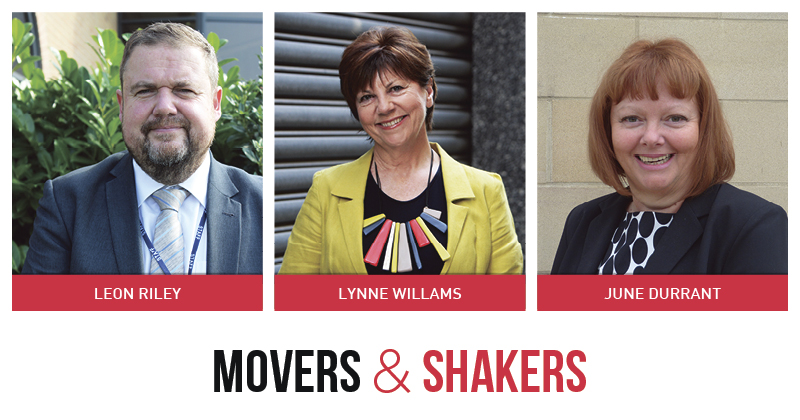 Leon Riley has been appointed principal of John Leggott College in North Lincolnshire.

Originally from Liverpool, Mr Riley moved into the area over 20 years ago, beginning his career in education as a business studies and law teacher at the college. He was encouraged by the principal at the time to pursue a career in education management.

In 2008 he left the college to take up the role of assistant principal at New College Pontefract, before working his way up the ranks to vice-principal.

He then moved to New College Doncaster to lead and build a team prior to the college opening.

Speaking of his new appointment, he said: “It is a great honour to be the next principal of John Leggott College. I know from living in the local community the positive impact the college has. My vision is to make the college outstanding and ensure that it is at the heart of the community it serves.

“I very much look forward to being back at a college that has been very important in my life, and to many other people in the area and further afield.”

Meanwhile, Lynne Williams has been appointed principal of the Guildhall School of Music and Drama, and will begin her new role in early 2017.

She joins the school from her role as director and chief executive of Australia’s National Institute of Dramatic Art, a role she has held since 2008.

Before this, Ms Williams held numerous arts and cultural leadership positions in the UK, including as Arts Council England advisor for contemporary music, opera, theatre and dance.

In 2012, she led the development of the culture, ceremonies and education programme for the London Organising Committee of the Olympic Games, following her contribution to London’s successful Olympic bid in her role as cultural advisor.

Speaking about her new role, Ms Williams said: “The Guildhall School is one of the great conservatoires of the world. I am excited to be joining the team and the wider Guildhall community to build on this prestigious reputation, and at a time when excellence and innovation in arts education and training has never been so crucial.”

She takes over from Professor Barry Ife, who has been in the post for 12 years and is stepping down to focus on teaching and research.

June Durrant has been appointed as acting-principal at Kirklees College following the retirement of Peter McCann.

Previously, Ms Durrant was deputy principal at the college, and will stay in the role until a new principal is appointed in early 2017.

She has worked in the further education sector for the past 30 years, spending 18 years at Bradford College as its area manager before moving to

Kirklees college in 2004 as head of school, a position she held for almost five years.

She worked her way up through the ranks at the college, spending a further five years as curriculum director before taking up her position as deputy principal.

June said of her new position: “I truly believe further education prepares people for the realities of work and the independence of mind for further, higher-level study.

“I really want to use my time as acting-principal to build on the great work Peter McCann did to put the college at the heart of the community.”