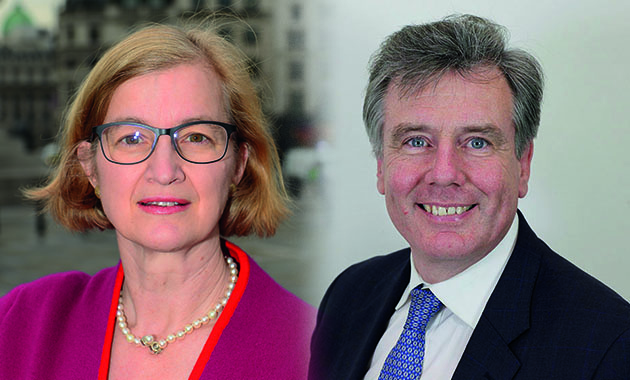 An influential committee of MPs has rejected the government’s proposal of Amanda Spielman to become the next chief inspector of Ofsted.

Ms Spielman, who is chair of Ofqual, was put forward for the role last month by Education Secretary Nicky Morgan, who named her as the government’s preferred candidate to succeed Sir Michael Wilshaw.

But following a pre-appointment hearing on June 29, a House of Commons Education Committee report raised “significant concerns”, criticising Ms Spielman’s lack of “passion for the role” and the fact she has not worked as a teacher before, spending much of her career in corporate finance.

It provoked a firm defence of her suitability by Ms Morgan, but she declined to say for certain whether or not she would now press ahead with the appointment.

Chair of the Education Committee Neil Carmichael said: “The government’s preferred candidate has a broad range of experience, but failed to demonstrate to us the vision and passion we would expect.”

He went on to say although Ms Spielman had good experience of secondary schools, her understanding of early years, primary education, FE, and children’s services seemed lacking.

He added: “Ms Spielman’s responses on child protection were particularly troubling and did not inspire confidence that she grasped the importance of Ofsted’s inspections in preventing children being held at risk through service failure.”

Education Secretary Nicky Morgan refuted all of this.

She said: “Ms Spielman has a proven track record as a leader and huge experience in education.

“I chose her because I believe she will be a highly effective leader and where necessary challenge schools, local authorities and government where education and social care services are not meeting standards our children deserve.”

But she added: “I will now consider their report and respond in due course.”

A DfE spokesperson added: “Her understanding of the role, vision, leadership abilities and commitment to raising standards have been tested at each stage of a very rigorous public appointments process run by an independently chaired panel and overseen by the Cabinet Office and Office of the Commissioner for Public Appointments”.

Martin Doel, chief executive of the Association of Colleges, said: “While there may have been concerns that she has never been a teacher, we have had a series of chief inspectors at Ofsted who had little or no experience of FE.

“In this context, Ms Spielman’s lack of detailed knowledge did not seem problematic.”

Mark Dawe, chief executive of the Association of Employment and Learning Providers (AELP), added: “While we respect the committee’s concerns, our view is that the government should go ahead with Ms Spielman’s appointment because we believe that she has done a very good job at Ofqual.

“As for the committee’s desire for passion, some of the previous chief inspectors have had this in abundance and if misdirected, it’s not always a good thing.”

He was critical of current chief inspector Sir Michael Wilsaw for allowing “personal prejudice” to rule his views on FE, after he told MPs in March that he believed 16- to 19-year-olds should be taught in schools rather than colleges, and the FE sector was “in a mess”.

Ms Spielman’s case is not the first example of a select committee choosing not to support the government’s preferred candidate for a particular post.

In 2009, Maggie Atkinson, the then director of children’s services at Gateshead Council, was put forward as the preferred candidate for Children’s Commissioner and appointed by Ed Balls, despite a negative report from the Children, Families and Schools Committee.

In 2011, the Justice Select Committee declined to endorse the appointment of Diana Fulbrook as HM Chief Inspector of Probation. This led to Liz Calderbank being appointed on a temporary basis instead.

And in 2012 the Business, Innovation and Skills Committee declined to endorse the appointment of Les Ebdon, the preferred candidate, as director of the Office for Fair Access. However, Secretary of State, Vince Cable, decided to proceed anyway.

But in 2013, the Health Select Committee did not support the proposal of Dominic Dodd for chair of monitor, leading to Mr Dodd withdrawing his name from the running.