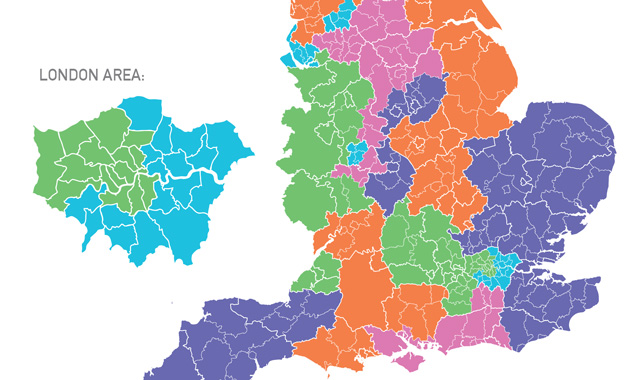 Post-16 education and skills area reviews have so far gone “surprisingly well”, according to Nick Boles, who has admitted he expected them to be “more painful, more quickly”.

The skills minister’s positive comments to the Association of Employment and Learning Providers conference on Monday however contrasted with his plea two weeks earlier, for colleges to co-operate more with Greater Manchester steering group chair Theresa Grant, following a string of FE Week revelations about clashes over possible mergers.

All bar two of the first wave of area reviews are now thought to have finished – although not all have published their outcomes (see table).

The earliest steering group meetings for wave one were held way back in September.

Guidance published by the Department for Business, Innovation and Skills at the time gave a typical timescale of three to four months for each review – but this was extended to four to six months when the guidance was updated in March.

Only one area from the first wave actually managed to complete by the six-month deadline – Birmingham and Solihull, which ended in early March, proposing one merger.

The Association of Teachers and Lecturers subsequently branded it a waste of time and money, because it had only resulted in “limited change”.

Tees Valley’s review completed in May, seven and a half months after it started, with three proposed mergers.

FE Week understands that both the Solent and Sussex reviews have held their final steering group meetings, but the recommendations from these reviews – which both began on November 5 – have not yet been published.

A statement issued on June 24 by Ms Grant said the Greater Manchester review was in its “final stages” – but it did not include any recommendations, nor did it say if the review had held its final steering group meeting.

Mr Boles was forced to urge the colleges involved to take her comments on board and “grasp the [merger] opportunities more boldly”, during a parliamentary debate on FE in the area on June 15.

The West Yorkshire area review, which began on November 16, is expected to hold its final meeting in July, according to a spokesperson for one of the colleges involved.

He said there had been some “concerns” about the early reviews; “late and inaccurate data was presented to colleges, along with weak administrative arrangements and lack of analysis to support any options being put forward by the FE Commissioner’s team.”

He also warned of the “significant risk” that colleges involved in the later waves would be “preoccupied” by the reviews “when they should be preparing for apprenticeship growth and other policy developments”.

But he said that timing had been “one of the biggest challenges” to the process, and called for more flexibility through both the review process and the implementation phase.

“Rushing colleges through a four-month process is not conducive to sensible, long-term decision-making,” he said.

BIS has now announced all the colleges involved in the first three waves of the reviews, as well as indicative areas for the fourth and fifth waves.

All area reviews are expected to be completed by March 2017.