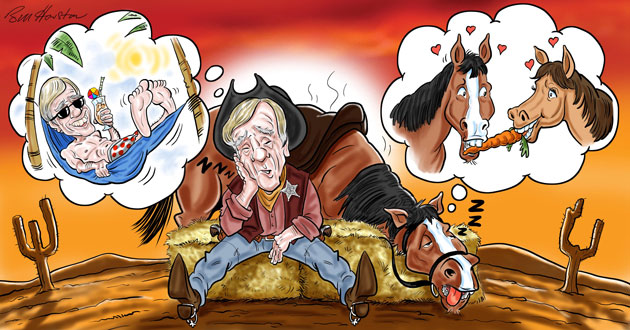 The FE Commissioner Sir David Collins will stand down in November — even though the long-delayed national programme of post-16 education and training area reviews will still be ongoing.

The move, which was confirmed to FE Week on Tuesday (June 7) by a spokesperson from the Department for Business, Innovation and Skills, raised concerns over the timing of his departure and who will replace him.

Sir David has overall responsibility for every area review, and is chair of nine area review steering groups across the first three waves – but only two of them have completed so far.

The most recent of the nine to launch was Coventry and Warwickshire, which held its first steering group meeting on May 4.

But there is a high chance that this review will not be finished before Sir David leaves, as five of the seven areas from the first wave of reviews have so far lasted more than six months.

One principal involved in one of delayed reviews has warned that the wrong choice of successor could slow things down further.

Chris Thomson, principal of Brighton and Hove Sixth Form College, part of the Sussex area review, said Sir David’s “willingness to have real open, honest engagement with listening as well as advising” had been a “hallmark” of the reviews.

“In a nutshell, he’s found a way of working with the grain, and it would be all too easy for another person to come in and start to work against the grain.

“I think that would be unwise, because without the colleges’ cooperation, the reviews would become a very difficult process, and would risk bogging down,” he warned.

Sir Geoff Hall, general secretary of the Principals’ Professional Council, praised Sir David for his intervention work with colleges which are either failing or at risk of doing so.

He said: “Supported by a very experienced team of turnaround experts, Sir David has been by any measure successful beyond expectation.

“If colleges heed his wise words there should be far fewer rescues needed in future.”

A BIS spokesperson said that Sir David’s leaving date was “in line with arrangements agreed at the outset of the extension of his appointment in 2015”, and insisted his departure would not affect the schedule for the current area reviews.

The department is “now looking to appoint his successor”, who is expected to be in post early enough to allow for a handover period before his departure.

Sir David, a former interim chief executive of the Learning and Skills Improvement Service, was principal of South Cheshire College Group for 16 years from 1993, before serving the same post in an interim capacity at Guildford College Group for 2011/12.

FE Week broke the news that he had been appointed as FE Commissioner back in November 2013.

In addition to leading the area review programme, he has also overseen interventions at more than 40 providers.

It was announced that Sir David had been given a knighthood for services to the sector in last New Year’s Honours list.

He did not respond to FE Week’s request for a comment.