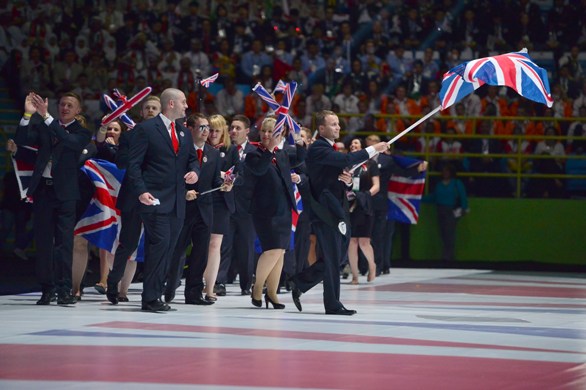 Twenty of the country’s most skilled young people have been selected to represent the UK at EuroSkills Gothenburg 2016.

Those chosen for Team UK, which was announced today, will go for gold against the most talented young people from more than 30 European countries in more than 35 different skill areas ranging from engineering and construction through to creative and hospitality.

Skills Minister Nick Boles said: “The young people who have earned a place on Team UK are worthy ambassadors and show the great things you can achieve with high quality apprenticeships and technical training.

“I congratulate each and every member of Team UK and look forward to hearing about their performance at EuroSkills Gothenburg 2016.”

The members of Team UK were selected after excelling in the National Finals of the WorldSkills UK Competitions.

Tom Revell, an apprentice with Toyota Manufacturing UK, who will represent the UK in mechatronics, said he was “thrilled” when he found out he had been selected.

“My apprenticeship at Toyota has opened so many doors for me and to be able to say I could be the best in Europe at my job has made me determined to give it my all. From now until December I will be spending every spare minute I have training for the competition.”

Members of Team UK will now go on to complete an intensive training programme, supported by their trainers, employers and training providers, before competing in Sweden from December 1 to 3.

Dr Neil Bentley, chief executive of WorldSkills UK, said: “By entering international competitions, we can benchmark the employability skills of our apprentices with those from the rest of Europe, ensuring more young people are being equipped with the right skills to help UK businesses better compete globally.”

The competitors who take part in EuroSkills this year will also go onto compete for a place in the team that will represent the UK at WorldSkills Abu Dhabi 2017.