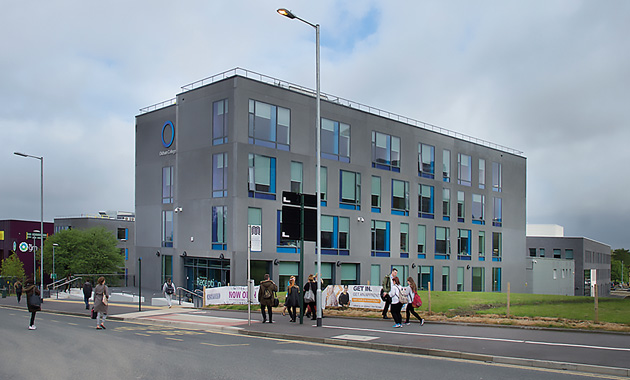 A college is preparing to cut ties with two academies currently under its control — claiming that it is no longer “feasible” to sponsor them.

Oldham College will relinquish control of the nearby Waterhead and Stoneleigh academies at the start of the summer break, and has blamed the move away from vocational education in schools policy as one reason for its decision.

The college said that because the world of education had changed so rapidly, it no longer had the “capacity” to cope with school improvement, aside from worries about the curriculums.

A spokesperson said: “The school curriculum no longer embraces any of the vocational or technical subjects which the college teaches. Even more significant is that academy sponsorship is no longer feasible on a small scale.

“Sponsors need to be committed to growing large groups of schools with all the associated capacity which this brings to the challenge of school improvement.”

He added funding and policy changes to the college’s “core business” of post-16 education had been “dramatic and disruptive”.

“The future promises to bring even greater change [for FE], through devolution and the structural reorganisation of the college system, all of which have huge implications for employment and economic growth in the town,” he said. “This must, therefore, be the college’s sole priority.”

The decision was supported by Richard Atkins, former president of the Association of Colleges, who is currently the principal of Exeter College.

He said that, in order to be successful, multi-academy trusts (MATs) run by colleges would need around a dozen schools.

Mr Atkins added: “Colleges get into difficulty when senior management attempts to run one or two schools on a day-to-day basis. They start to take their eye off the ball and college standards start to drop.

“You need enough capacity to, for example, appoint a chief operating officer, a head of finance and an executive headteacher for the schools who report to the MAT.”

Sir David Carter, the national schools commissioner, said in March that academy trusts needed to expand, as those with fewer than six schools “will struggle to be sustainable”.

Atkins also warned colleges of the difficulties of taking over “one or two seriously failing schools”, because it would be tough to find the capacity to deal with them.

He said the best MATs would have a mix of both outstanding and failing schools. However building MATs could be a “win-win” for both schools and colleges.

A Department for Education spokesperson said: “It is for colleges to decide whether to apply to become sponsors and for the regional school’s commissioner to decide on their suitability based on their capacity and their track record in supporting underperforming schools.

“Post-16 education plays a crucial role in supporting future economic growth, which is why we will be protecting the national base rate paid to all schools and colleges, of £4,000 per full-time student. This will bring stability to the sector.”