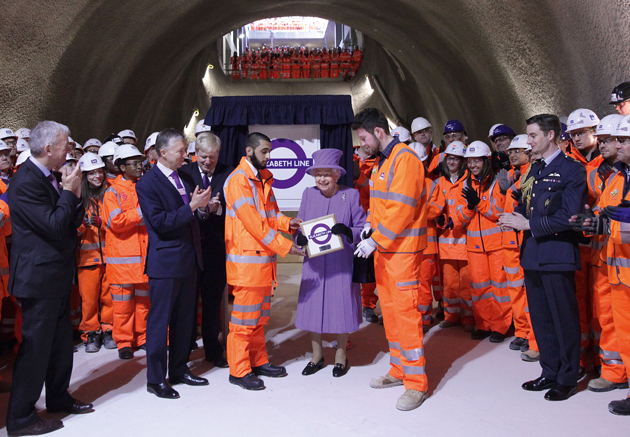 The Queen was presented with a plaque by Crossrail apprentices this week to commemorate the new railway being named the Elizabeth line. The monarch was given a tour of the still under-construction Bond Street station site by the Mayor of London Boris Johnson before meeting with apprentices working on Europe’s largest construction project, due to open in 2018.

Faz Mansuri, 19, a Crossrail apprentice engineer who presented the Queen with the plaque, said: “I never expected to get to meet the Queen and witness such a historic moment for the new rail line at such an early stage of my career.”

There are currently 543 apprentices working on the Crossrail project in a range of trades including construction, accountancy, quantity surveying and business administration.

One of the apprentices who met the Queen was technician engineer Zoe Conroy (pictured), Crossrail’s 500th apprentice. Before she started working on the project, Zoe was studying an A-level equivalent in science and technology at a school in Portugal.

The 19-year-old opted for a hands-on job instead of university and found an apprenticeship to be the best route because she could “earn and learn”
at the same time.

“It’s a fantastic role and I get hands-on experience on a real working site and every day I get to see the progress on the building of a fantastic new station,” she said.