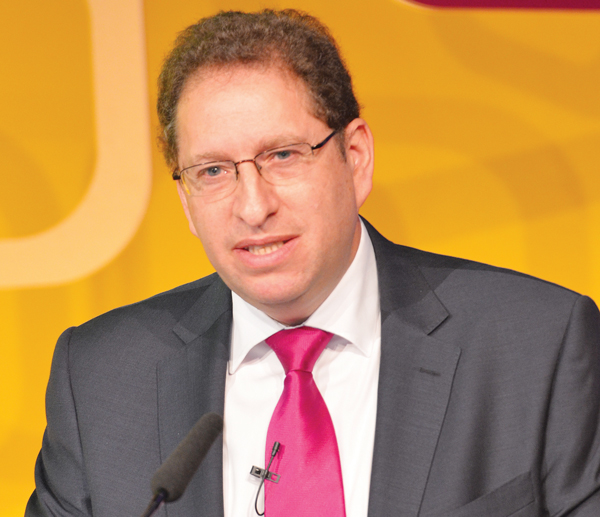 Stewart Segal will be stepping down as chief executive of the Association of Employment and Learning Providers (AELP) at the end of March to move to a newly-created role at a grade one-rated apprenticeship training provider.

Mr Segal will continue in his current role until March 31, an AELP spokesperson said, before starting as the director of strategy, policy and funding at Aspire, Achieve, Advance (3aaa) on a yet-to-be agreed date in April.

Speaking exclusively to FE Week, Mr Segal said: “I’ve been working on policy issues around apprenticeships for many years, and this was just an opportunity, with the apprenticeship policy established now, with the levy, to work more closely with a training provider, more directly, to help put those policies into practice and to get a bit closer to the delivery side.”

Mr Segal said the AELP was “in a strong position” after his three years in charge.

“I think the voice of training providers is now respected and very much part of the development of policy and providers are now seen as part of the solution. And the organisation itself is very strong. Membership is growing.”

Martin Dunford OBE, chairman of AELP, said: “Stewart has done an excellent job in what is an extremely demanding role. We have many members and a multitude of relationships with government, their agencies and many other stakeholders and Stewart has managed this growing network very effectively.

“During his time as chief executive, AELP has achieved a great deal during a period of substantial change.  AELP is in a very strong position with apprenticeships, skills and employability at the centre of the government’s agenda and the voice of training providers is stronger than ever.

Mr Segal has worked with AELP in a number of roles since its formation in 1998.  He was one of the original directors and then worked with AELP as the funding and contracting expert for 10 years before becoming chief executive in 2013.

“We have invested heavily in the business over the past five years and these appointments are further commitment of this,” they said.

Mr Segal will continue to work with AELP as a representative member organisation and supporting the work on policy issues such as apprenticeship reform.