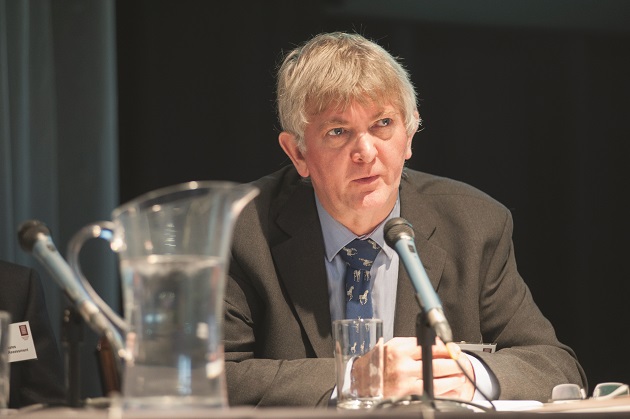 Summer exams will be affected by the timing of Ramadan for the next four years, with GCSE re-sits compounding the issue for colleges, a senior exams officer has warned.

Andrew Harland, chief executive of the Exam Officers’ Association (pictured above), said the summer exam period was expected to clash every year between now and 2019 with the Muslim period of fasting, prayer, and charitable giving.

Ramadan is the ninth month of the Islamic calendar, and falls at a different time on the Gregorian calendar each year.

This year, it falls between June 6 and July 5, which is traditionally when many of the summer GCSE, A-level and vocational exams take place in colleges in England.

Mr Harland said that the length of the Islamic calendar meant Ramadan would fall in May or June in 2017, 2018 and 2019 as well as this year, but added that changes as a result of religious or other events were not uncommon.

He added that the sharp increase in the number of pupils re-taking GCSEs as part of new study programmes which require post-16 study of maths and English for those who fail to achieve a C grade in year 11, would create a particular problem for colleges.

He said: “With the retakes there are going to be thousands and thousands more pupils taking exams, which will be an issue for FE colleges.”

Mr Harland said a recent change in the way GCSE exams are sat would also have an impact.

He said: “The reason why these things are perhaps more critical now is because under the linear system all exams now happen in the summer.”

Under the previous modular system pupils could re-take modules in November.

The Joint Council for Qualifications has announced changes to timetables to bring forward some tests in subjects taken by large numbers of pupils such as English, maths and science, so they do not coincide with Ramadan.

But timetables released by AQA, Edexcel and OCR show a significant number of exams in those subjects are still scheduled to take place in June.

The Association of School and College Leaders has planned to meet Muslim leaders to discuss plans and issue guidance to colleges.

Malcolm Trobe, the organisation’s deputy general secretary, said the guidance would be non-prescriptive and would not “advise families or students on how they should address the question of fasting during Ramadan”.

It comes after children’s commissioner Anne Longfield told the Education Select Committee on Wednesday (January 6) that discussions were taking place around “delaying the exam timetable” this summer to fit with the Muslim tradition.

She had been pressed on the issue of how Muslims could be accommodated by Conservative MP for Fareham Suella Fernandes.

The Muslim Council of Britain was unable to comment as FE Week went to press.