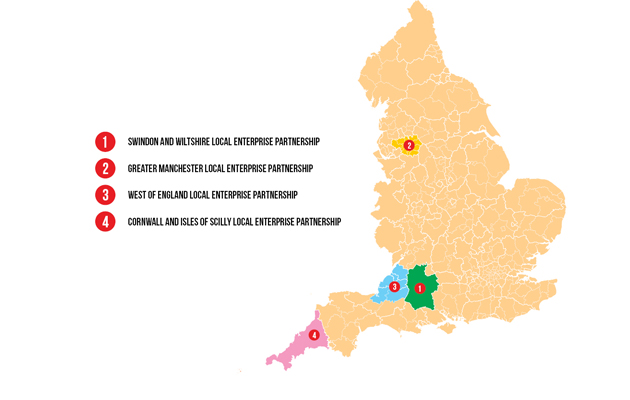 The Skills Funding Agency (SFA) and ESF announced today that the four local enterprise partnership areas involved were Swindon and Wiltshire, Greater Manchester, West of England, and Cornwall and Isles of Scilly, with the total value of contracts totalling £16.2m.

And then, after tenders have been awarded on March 30, winning bidders will have only 11 working days before delivery commences from April 14.

It means the same amount of time is being made available as for the first round of invitations to tender for ESF cash issued on December 7 — which were for five Lep areas and almost £15m of ESF cash — although the closing for those was January 18.

Tendering for further ESF contracts is expected to open “at regular intervals between January and May 2016,” said a Skills Funding Agency (SFA) spokesperson.

“We won’t know how many contracts there will be until after the procurement exercise is completed at the end of May 2016,” she said.

The second wave of contracts will be worth £1.4m for the Swindon and Wiltshire area, £12m for Greater Manchester, £1.7m for West of England, and £1.1m for Cornwall and Isles of Scilly.

It comes after FE Week reported on December 11 that Paul Warner, director of employment and skills at the AELP, feared the drawn-out nature of the tendering process could encourage sub-standards bids.

He said that providers who were unaware of future tenders could win a contract only to find delivering it might hamper their ability to deliver ESF provision put to market at a later date.

Such a situation might, he suggested, put ESF contract-winning providers off going for further contracts despite having the necessary expertise because, for example, staff were located in a different region.

“With each specification likely to be launched gradually over a number of weeks, providers may find it difficult to allocate resources sensibly, which may lead to some having to choose which specifications to bid for on the basis of available resources, rather than delivery expertise,” said Mr Warner.

It follows a summer in which ESF-funded providers were forced to lay-off staff amid delays in issuing new ESF contracts, as the government sought to iron out regional devolution issues with Leps.

It was exclusively revealed by FE Week on Friday (December 4) that the Lep areas the invitations to tender would go to included Stoke-on-Trent and Staffordshire, and Solent (covering the Isle of Wight, Portsmouth and Southampton).

It followed another FE Week exclusively on November 10, which revealed how the SFA was planning to run a “sequence of procurement” for handing out £650m of delayed ESF cash, which must be finished by the end of September next year at the very latest to allow a minimum delivery period of 18 months.

None of the Leps involved in the second wave of applications were available to comment ahead of publication.