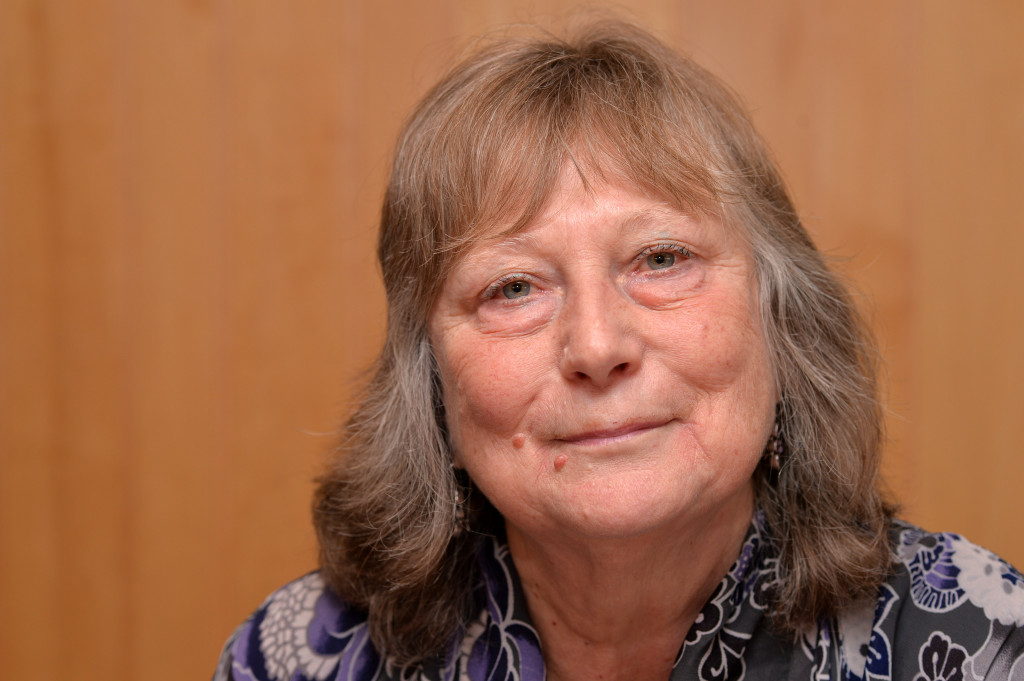 Wednesday, December 16, marks four years to the day that Dr Ros Morpeth returned to her post as chief executive of the National Extension College (NEC) to save it from obscurity.

The 69-year-old first worked at the Cambridge-based distance learning college in the late 1970s and performed the same saviour task back then.

Recognition of her dual feat came with an OBE for service to FE in the Queen’s Birthday Honours list this summer.

“When I first took over as chief executive of the NEC in 1987 it was heading downhill, with a big deficit,” she said.

“Learners were at risk of being pushed to one side in favour of educational publishing. “But NEC became viable once more, with an increased turnover, new income streams and a move to web-based learning and the acquisition of the Michael Young Centre in Cambridge.

“When the opportunity came for me to do it all over again, I was able to bring the experience of distance learning I had built up nearly twenty years earlier to re-establishing NEC.”

However, without Morpeth’s will to make her own way in the world — that didn’t involve the family furniture business — the NEC might not be with us today.

She grew up just outside Newcastle in a village called Jesmond with parents Douglas and Joan, and younger sister Caroline.

Her dad ran a local furniture store, which he and his brothers had inherited from their father, so after finishing secondary school Morpeth was expected to move into the family business.

After finishing school, Morpeth moved to London to do a year’s furnishing course, and then went into the family furniture business back up in Newcastle, where she worked for five years.

But when she turned 22, Morpeth says she decided she wanted to see more of the world and travelled to Kingston, Jamaica, for a year to work in a furniture company.

On her return home, she then worked at a variety of “Avant-grand” manufacturers and retailers of furniture. But with a lust for more and a newfound love for travel from her Jamaican experience Morpeth travelled to Greece for several months to carry out her work abroad.

However, she decided to come back to the UK after reading an influential article in the Guardian on the women’s movement and she was determined to get involved.

She says: “It was a very exciting time and it was at that point that I realised that I was really missing out if I didn’t go to university.”

So Morpeth started to study for her A-levels so she could apply to universities as a mature student.

She wanted to carry out a degree in social anthropology and secured an interview at the University of Cambridge in 1971.

But before Morpeth completed her A-levels she was given an unconditional offer by the university and chose not to finish her A-levels.

She smiles and says: “I do think about it sometimes — and wonder if I’d ever be clever enough to do them now.”

On the completion of her social anthropology degree Morpeth did a PhD in Northern India on the impact of the Green Revolution and on her return to England she applied for a course editor opening at Open University precursor NEC, which she spotted in her local newspaper.

“I didn’t know anything about editing but I was interested in education and to my amazement I was offered the job,” she says. She adds: “The mission of the NEC was about what I had been through — it was about opening up opportunities and giving second chances.

“So on a personal level I really empathise with the students, and I think one of the first things I discovered when I went to NEC was that there were all these wonderful study skills materials on subjects like how to write essays and how to analyse and answer questions.

“I thought, ‘if only someone had given me those when I first started at university’.”

After working in a variety of roles within the NEC, Morpeth worked her way up to the chief executive of the non-profit organisation by 1987.

However, by the time the early 2000s approached, Morpeth believed she had “probably done everything” she could for the NEC and went off across the globe travelling and doing consultancy.

She stepped down from the NEC role after 16 years to work across the world for the International Extension College.

“It was basically about using distance education to help developing countries build up their educational capacity,” she explains.

She expresses how proud she is that there are now a “mass of open universities in India, South Africa and the Caribbean”.

She did this until 2011 when she heard the NEC was in a “desperate situation” and she decided to step back in to the organisation as full time chief executive on a voluntary basis.

She says that there had been a merger between the NEC and the Learning and Skills Network (LSN) which resulted in the LSN selling the NEC’s site in Cambridge. By November that year the LSN went into administration, leaving the NEC either in administration too or looking for a new organisation to take it on.

She says she had to persuade administrators to keep the NEC operating as an educational charity and “put as much pressure on them as possible”.

“We had no reserves, but we got very good support, particularly from the National Institute of Adult Continuing Education, who helped us in every way they could and we did get the NEC out of administration,” she says.

Four years on Morpeth says that the NEC has now stabilised and says in this financial year they have had “a bit of a surplus from living on a breakeven budget”.

She explains that despite it being a “very scary and dire time” when she was taking the NEC out of administration she felt the NEC “fills a gap that other providers don’t”.

Morpeth explains that there is less provision for adults who are looking to reskill and have a second chance and says a lot of their students are in their 20s and 30s and want to move in to careers like teaching.

“There is less and less opportunity for people to do that now, and so through the NEC we could reach out to the people who can’t get into college on a regular basis,” says Morpeth.

Reflecting on her 29-year-career at the NEC, and the effort she put into taking the organisation out of administration, Morpeth still has a few changes she would like to see.

She says: “One of the things that everybody can see and understand is that people are going to need to retrain at different points in their lives. “I think both human beings and society need far more flexibility and visionary thinking so that people can retrain and can follow an interest.”

Morpeth explains that she would “like to see an FE system where this is recognised and supported” as she fears that “we are moving towards narrower and narrower definitions”. On a final note Morpeth talks about how far the NEC has come since she started.

“I think after spending so much of my career working there, and not just me but everybody who worked here put their efforts into building up the organisation, and there’s always been a very strong commitment to learners and to quality,” she explains.

“And I don’t think I could ever bear to see the NEC disappear without a fight.”

There are four books. It’s the Alexandria Quartet by Lawrence Durell. I read them many years ago but I keep going back to it because it tells the same story about the same group of people in Alexandria, in Egypt, but each book tells it from a different perspective

I love travelling anywhere really. But I suppose my favourite places are India, Thailand, Morocco, Tunisia and Italy

It’s spin. So politicians or anybody else who says one thing when they actually mean something completely different — I hate it. It’s mainly people in public life and they have been told that they have got to present a situation in a particular way. It’s nonsense basically isn’t it?

Michael Young, the founder of the National Extension College, and Nelson Mandela, as I think they would get on really well

I don’t think I had a dream job. I grew up in a family business and I used to work in my father’s carpet and furnishing shop, and I supposed I assumed that was what I would do with my life