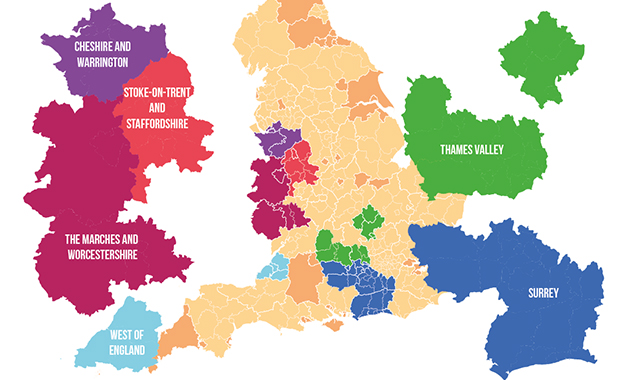 Thirty four general FE colleges and 15 sixth form colleges (SFCs) will be involved in the second wave of post-16 education and training area reviews, it was announced today.

Six reviews have been detailed in the Midlands, London and the North West among other areas, and are set to begin next month.

And just like the seven reviews of the first wave, in which 83 colleges are being reviewed, no school sixth forms were listed.

Steering groups for the second wave, each of which will be chaired by either FE Commissioner Dr David Collins or Sixth Form College Commissioner Peter Mucklow, are expected to get under way between January 18 and March 10.

The government today also gave indications of which areas would be included in the remaining three waves (listed below).

The indicative timings for waves three, four and five to begin were April, September and November next year respectively, and comprising 22 proposed area reviews — although the government acknowledged that some local areas may wish to change the timing of their reviews and circumstances at some colleges may change.

“Together these three waves cover all of the areas in England not covered in waves one and two, although area reviews covering Greater London are yet to be confirmed. We currently anticipate that they will form part of waves two and three,” said a government spokesperson.

In the Marches and Worcestershire area review in wave two seven FE colleges will come under scrutiny, along with four SFCs. Thames Valley will have the greatest number of FE colleges reviewed in the second wave at eight institutions, but only one SFC — The Henley College.

The West of England will have four colleges examined and one SFC, St Brendan’s Sixth Form College, while Cheshire and Warrington will see six FE colleges and two SFCs under review.

The seventh and final region in the first wave of area reviews was announced on October 16 as West Yorkshire and included seven general FE colleges and four sixth form colleges.

The government has said the “need” to move towards “fewer, often larger, more resilient and efficient providers,” underlies the area reviews. However, Dr Collins has said “divorces” could also be on the cards.

Main image indicative only and based on local enterprise partnership boundaries

The Marches and Worcestershire

Shrewsbury College of Arts and Technology

Telford College of Arts and Technology