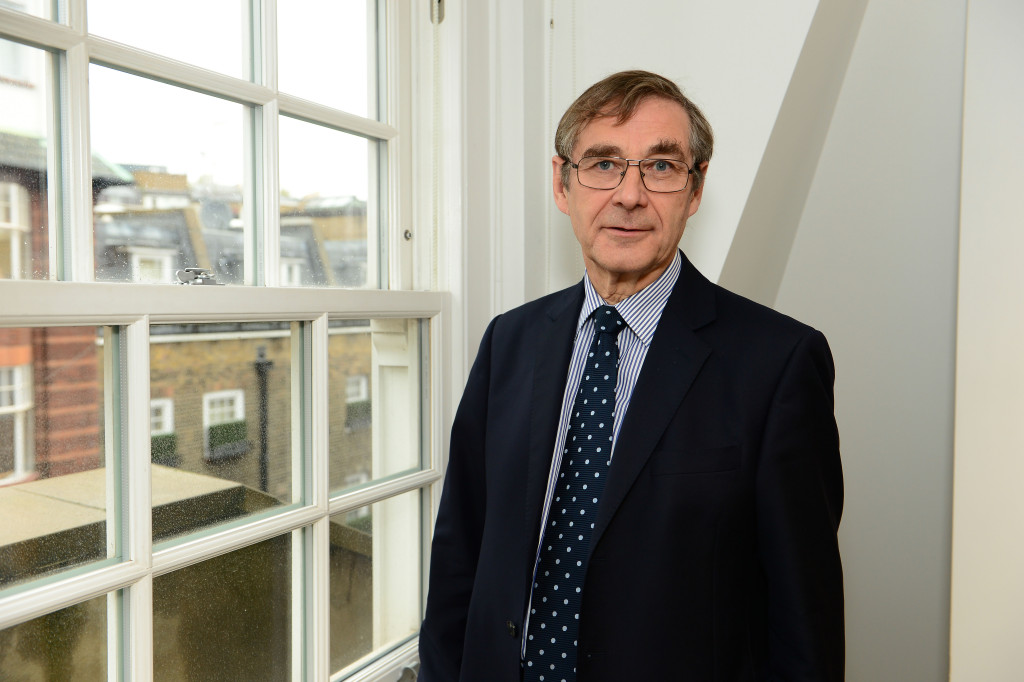 Like father like son is a fitting phrase to sum up the first career step of David Pollard who followed the footsteps of dad Bert into the Royal Air Force.

At the age of 18, Pollard found himself applying for numerous jobs after leaving King James’s Grammar School in Huddersfield, but what he wanted most was a job that filled him with adrenaline.

The current Federation of Small Businesses (FSB) chair for education, skills and business support says: “My ambition when I was younger was to become a fighter pilot — which was the big thing at the time.”

He begins to smile and adds: “However they [RAF] said: ‘You’re slightly short-sighted, so you can’t be a pilot — but will you be an engineer?’ and, like a fool, I said yes.”

The aspiration to become a fighter pilot runs in the family and 68-year-old Pollard explains his father “would have loved to be a pilot also, but he lost an eye as a four-year old”. So while Pollard senior compromised because of his eye sight and became a motor mechanic, Pollard junior’s career path ventured from engineering and lecturing to the FSB.

“My FSB chair post is not an elected one — for the more junior roles like this, we apply and go through a selection process and they appoint the appropriate people with the advice of the team. It’s voluntary and it’s unpaid,” explains Pollard, who got the chairjob two years ago.

He had joined the RAF in 1964 and carried out a degree in aeronautical engineering and management at the RAF College Cranwell in Lincolnshire.

Then he worked as an engineer for the RAF for six years where he served at a range of locations across the country. During this time he started to develop an interest in FE.

He says: “One of the things I remember as an 11-year-old was that my father started evening classes at the local technical college because he was a motor mechanic and he wanted to do something more.”

His father completed a higher national certificate in mechanical engineering to develop his career and Pollard also remembers one of his sergeants doing the same course when he was in the Air Force.

“The Air Force was very big on the training development of people, so that became a feature of my life and the jobs that I did,” says Pollard.

He then worked in Algeria for the construction company Bectel on a gas refraction plant and helped train the locals to be able to operate and maintain the plant.

Pollard says: “They were coming from a low education level and I worked closely with a lot of the young Algerian technicians and engineers who hadn’t got much experience.

“It was also good working on the development and educational side of things.” From left: Pollard’s wife Jane, sons Sebastian and Nicholas
and Pollard at a wedding in 2010

Pollard’s interest in training and FE began to grow and he had a variety of roles managing engineering companies, working as an assistant lecturer in higher education and FE providers, and being a consultant to numerous growing businesses.

businesses” via the FSB.

He carries out a combination of responsibilities which include working with young people through Young Enterprise as a business ambassador.

“The first part of the role is to lobby government to try and make sure that government policies in the education, skills and business support arena work for small businesses,” explains Pollard.

“I have been very active on the apprenticeship front, first with the steering group on the Jason Holt report on apprenticeships and SMEs, and then the Richard Review.

“So I’ve had a lot of discussion with government on things like funding of reformed apprenticeships and the co-investment side of things, and particularly when they were looking at all sorts of different routes for finance for collecting the co-investment bits. “We put in a strong case of various routes were really going to be extremely disadvantageous to small businesses, and one of the consequences of that in government would quite likely be that a lot of small businesses would say: ‘This is a step too far – we can’t do it. We can’t pay out the full cost of the training and then hope that the bureaucracy or HMRC’s systems will deliver us the two-thirds that we’re entitled to before we have to pay all the bills’.”

Pollard also works as the director of a company in Hampshire called Southern Business Growth Network which is “trying to set up a network and create facilities to help people, to help businesses, and support people starting up a business”.

Pollard then draws attention to the City & Guilds ‘rich list’ that has named the wealthiest people who have done their apprenticeships.

The list includes a range of billionaires and millionaires like vacuum tycoon James Dyson (net worth £2.5bn) and TV chef and restaurateur Jamie Oliver (net worth £240m).

He explains that promoting the City & Guilds qualifications through the list was a great mechanism for gaining the attention of a range of people debating whether to study FE.

“Because it shows you can have a dream, have a job, build a business and grow it — and we need a similar sort of campaign now so people can see why, by doing an apprenticeship, they can get to the top,” he says.

Apprenticeships are key for Pollard, but he believes there is room for improvement. A drawing of Pollard, by artist Pat Rooney,
when he was in the Royal Air Force in 1964

Pollard recalls an unspecified meeting at which an ex-RAF sergeant made a comment about the high standard of staff in German banks, some of who had done financial service industry apprenticeships.

Pollard explains this could be down to the German apprenticeship being three years long and the English equivalent being one year long.

He says: “By the time you’ve had three years you have seen 70 per cent of what you are likely to get in the actual role — so you’re very competent at doing that job and you can be left alone to do it.

“Whereas we’ve got the idea that as long as we can throw a little bit at them [apprentices] and they can then quickly tell us that they’ve remembered what we’ve told them, then we’re competent.

“And it’s this difference between doing something because you’ve got a qualification and actually having the time to embed it and learn from some of your mistakes, to discover that you are really good and competent at the job.”

I get things I get interested in and then I move on. But I like reading, I have done for years, and I like reading anything that’s really interesting and challenging. I am in the process of reading Keith Devlin’s book called Introduction to Mathematical Thinking

I pick up a book, get a glass of whisky and sit down, which is a nice way of relaxing. If it’s [wife] Jane and myself, then we will watch television together, like a murder mystery or a drama of some sort, and discuss it and spend an evening together That people equate qualifications with skills, and competency, and we use this word ‘skills’ in a very loose way to mean several different things, which is confusing, because sometimes when politicians talk about skills, they mean qualifications and other times they mean competency

Douglas Bader, an ex Cranwell cadet like me, who lost both legs in a flying accident and left the RAF but returned at the start of the Second World War and was a fighter pilot during the Battle of Britain. The second one, on the same theme, is a guy called Captain Eric Winkle-Brown, who is a test pilot. The third person is Angus Deaton, the economist who has won the Nobel Memorial Prize for Economics. He’s very interesting, because he’s done a lot of work on economics, which is something I got into when I was in the Air Force

When I was a 16-year-old I wanted to be a fighter pilot, then a test pilot, then an astronaut. That was the dream career path