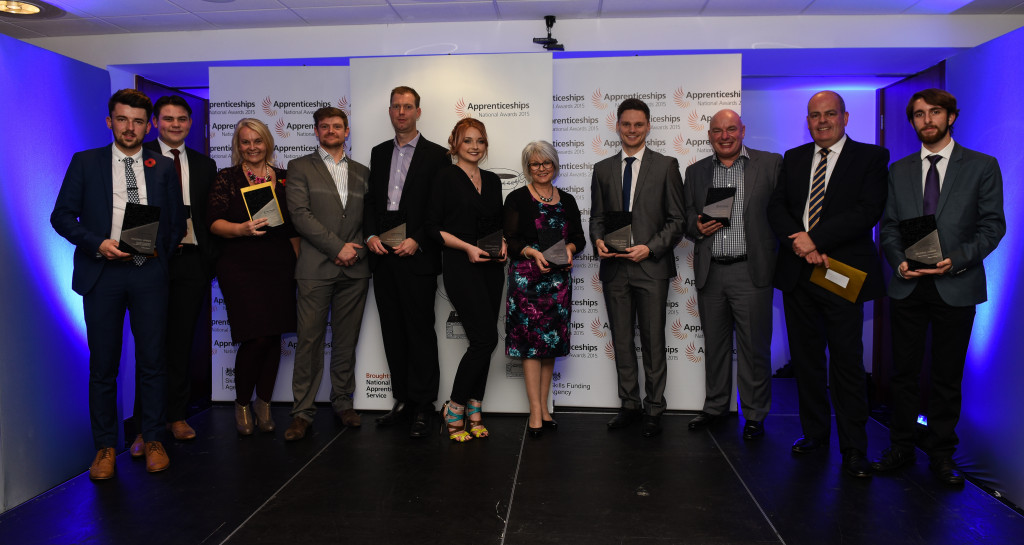 Prestigious awards and special commendations have been handed out to dozens of learners and employers at National Apprenticeship Awards (NAAs) regional finals for the East Midlands and East of England.

Awards and special commendations were announced for 19 employers and 16 apprentices, aged between 18 and 61, across the two events.

More than 90 winners from all 11 regions will now be considered for the national finals — with three from each category set to be shortlisted ahead of a presentation ceremony at the Grosvenor House Hotel, London, on January 26.

Sue Husband, director of the National Apprenticeship Service, said that she wanted to pass on “huge congratulations to all the winners and highly commended at this year’s regional apprenticeship awards”.

“All the ceremonies have been a huge success and have highlighted how apprenticeships are helping businesses and individuals succeed and grow,” she added. “Bring on the final, and I wish them all [the regional award winners] luck.”

They came after ceremonies for the North West, covering Liverpool, Cumbria and Lancashire, South West, covering Cornwall, Devon, Dorset, Bournemouth, Poole and South Gloucestershire, Yorkshire and the Humber, West Midlands, London, and the North East were held between October 8 and 15, as covered by FE Week.

A Skills Funding Agency spokesperson said that the regional finals for the NAAs, which are now in their 12th year, had presented an important opportunity to “highlight the many success stories and the benefits of apprenticeships”.

Here are the latest winners and highly commended apprentices and employers:

The E.ON in partnership with the National Skills Academy for Power Award for Medium Employer of the Year: Bango.net Ltd

BAE Systems Award for Large Employer of the Year: MBDA

BT Award for Macro Employer of the Year: Greene King

BT Award for Macro Employer of the Year: National Grid