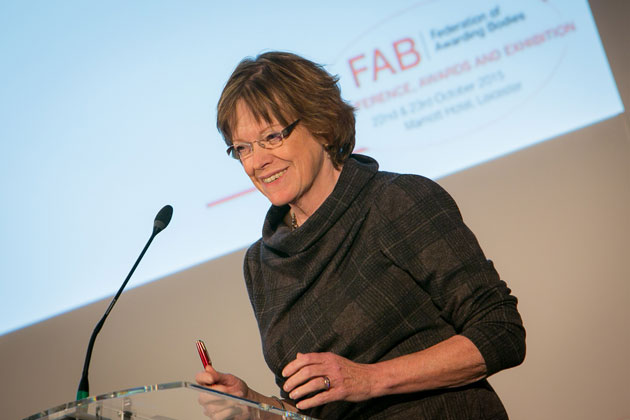 Ofqual chief Glenys Stacey has spelled out how its “transparent” audit system will work under the new Regulated Qualifications Framework (RQF).

Ms Stacey told the Federation of Awarding Bodies’ conference today that Ofqual would be publishing the results of its audits, as she challenged awarding bodies to create qualifications that are “valid”.

“We will be transparent about our work,” Ms Stacey said. “We will publish the outcomes of audits and scrutinies as we complete them, so that all of you, not just those of you involved in each audit, can consider what you can learn from them.

She added: “We will be checking too that our regulations and processes are doing what they need to do.

“We will be making sure that compliance is likely to lead to good outcomes so that we are not placing unnecessary burden on you, or getting in the way of those good outcomes.”

The RQF, Ofqual’s new framework for vocational qualifications, came into effect on October 1, as reported in FE Week.

It is designed to have fewer rules than its predecessor, the Qualifications Credit Framework (QCF).

“There is no longer a straitjacket,” Ms Stacey said at the conference in Leicester.

Under the new RQF, she added, qualifications should be “more valid, relevant and fit-for-purpose”.

Awarding bodies will need to be “flexible, adaptable, innovative” to respond to a new environment where employers and learners have more say over qualifications, rather than decisions being made by central government, she said.

Ms Stacey warned that learners “will want to know what value the qualification will add to their earning potential”.

“Employers will [also] want to know whether people with particular qualifications can really demonstrate the skills and activities they say they can,” she added.

Now that the rules of the QCF have been removed, Ms Stacey urged awarding bodies to “innovate” and “adopt new and different ways” of designing qualifications.

“You can decide what works best. Not decisions about how to meet rules,” she said.

However, Ms Stacey warned, “we won’t tell you how to meet our conditions”.

Ofqual’s requirements, she said, would provide a “firm foundation”, but “we will not come to your rescue”.

Instead, she said that awarding bodies should engage with “your customers, your learners and those who rely on your qualifications” to develop valid and relevant qualifications.

Awarding bodies will be deemed to be successful if people chose them — “not because they’re funded, but because they trust and value them,” she added.