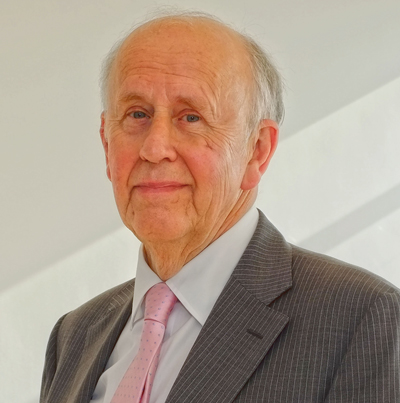 When Find a Future deputy chair David Cragg is asked how long he has been working in FE he cracks a smile and says “110 years.”

It’s an exaggeration, of course, as he was born in 1946 and became involved in FE in the late 1960s with a general studies teacher post at Warley College of Technology (nowadays part of Sandwell College).

But it’s nonetheless hard not to be impressed by the small matter of the half century or so that he does have under his belt.

And it’s even more impressive that his formative FE experience didn’t put him off education altogether.

We’ve got a huge issue in the UK as a whole, of not valuing and not understanding the crucial importance of vocational education, careers and skills

He says: “It was a period in which the whole introduction of general or liberal education was a government policy, but was profoundly resented by all the technical and specialist staff, so you always got timetabled for killer slots.

“However, it was a great experience and I learned a huge amount about FE — the good, bad and sometimes ugly — and how important it was.” Before long, Cragg’s college bosses took advantage of his German languages skill and asked him to teach modern foreign languages, which he duly did and then built a teaching team around him.

He had studied languages at university, having gone to grammar school before that in his native Yorkshire.

After academia, Cragg secured a role as a languages assistant in Germany for a year in the late sixties, where he discovered his passion for teaching, and then put it into practice in Warley upon his return to England.

He then went on to work for a decade as the chief executive of Birmingham and Solihull Training and Enterprise Council. “I built up a whole network of connections with business at a time when things were changing in the outside world, and the college I worked at was under significant threat,” says Cragg.

“So there was more and more need to relate more clearly and strongly to local business.”

Further into his career, with his developed business acumen, Cragg was able to play a vital role in both of the Rover crises.

When Rover collapsed in 2005 he led the retraining programme for former employees to ensure that many got new jobs.

“Tony Blair, Gordon Brown and a whole entourage were sitting in a room with the regional development agency, myself and my then chairman of the regional board saying: ‘What the hell should we do about it?’ when we heard the news,” Cragg recalls.

“We were able to put in place a retraining package for people in the space of a week, which was a fantastic tribute to the flexibility and responsiveness of FE.” Then under the government’s reform programme in 2007, Cragg managed the overall transition of the Learning and Skills Council (LSC), where he was regional director for the West Midlands, to the newly created Skills Funding Agency (SFA).

His responsibility was to distribute 3,200 staff members from the LSC across 155 organisations.

He says: “I managed the whole process and had the responsibility of reporting to the Department for Business, Innovation and Skills [BIS] for the design and set-up of the SFA.”

He then served on the management board of the SFA as national development director, with a responsibility for policy implementation, until his retirement in 2011.

But then WorldSkills London happened the same year.

“I suppose you’ve got to understand a little bit of the history of this to see where I fit into it,” he says. Cragg’s father, Thomas Cragg, pictured at the end of the First World War

“BIS asked me to oversee WorldSkills London, so we had the big, once-in-a-generation opportunity of running a huge international show equivalent of this year’s Sao Paolo show.”

Cragg continues: “I had the good fortune and the opportunity of writing a legacy strategy and proposing that to a group of ministers.”

He says: “We’ve got a huge issue in the UK as a whole, of not valuing and not understanding the crucial importance of vocational education, careers and skills.

“And the show makes a direct impact on attitude and we’ve got evidence on behaviour to prove it.”

Over the three years that Find a Future has run the show, it has seen a 25 per cent increase in the likelihood of young people taking up a vocational option and pursuing a vocation career, he says.

He explains: “The Skills Show is, on the one hand, a showcase for everything, for the whole breadth of what our technical, vocational, professional education system produces, but it’s also a modelling tool, and a laboratory for demonstrating what we really ought to be doing.”

When asking Cragg what new elements he is bringing to the show next month, he says: “It’s evolution, rather than revolution, because we know the show works and we’ve got a fantastic opportunity this year because we’ve got a gang of people who have just come back from Brazil.”

The Sao Paolo team will be attending the Skills Show and different skills champions will be sitting among guests on every dinner table at the welcome dinner.

Cragg says: “The focus is on these young people who have achieved such fantastic things, not just winning a competition, but what they’ve done with their lives, what they are doing now, how enterprising they are, and the show will more and more reflect that.”

Influencing people is a key element in this year’s Skill Show and Find a Future carried out research last year which showed that for 70 per cent of young people, their parents were most influential in their life choices.

“At this year’s show we are having a family and an adult day so parents can feel well-informed about the breadth of careers available and are more likely to recommend a vocational option to their children,” says Cragg.

The influential role parents can have on their children is central to Cragg and he wants to highlight to them the importance of taking the FE route.

He says: “The most interesting thing about FE is that it sits right at the core of the economy, which means it’s changing all the time, so it gives a platform for innovation and almost an inbuilt need to innovate.” He adds: “FE is where our whole education system should be and it’s a role model we ought to have applied in our university system, in our schools system, and regrettably we haven’t.”

And Cragg has a clear vision to improve that situation.

He says: “What’s crucially important is that we acknowledge and recognise that the world around us is changing, and in particular devolution’s going to change all of that, so we are working closely with local enterprise partnerships and the emerging combined authorities.

One in German, one in English. All Quiet on the Western Front (Im Westen nichts Neues). And probably Birdsong — so I’m a bit rooted in the First World War but that’s part of my personal history. The First World War is an exercise in supreme futility and it’s in my bones

I read a lot. I’m a German speaker, and the promise I made myself when I formally retired and went to part-time working, was that my German would be as good as it ever was. So I speak German every Friday morning to my personal tutor, and I think I’ve spoken two sentences of English to her in four years

My uncle because he lost his life in 1917 at the age of 18, having been sent to this crazy war [First World War]

A cricketer and I failed miserably.

I might have been a professional opera singer when I was about 27, and I trained at what is now called the Birmingham Conservatoire, but then I had the misfortune — or good fortune — of having a child,which kind of meant that economic security had to come first.