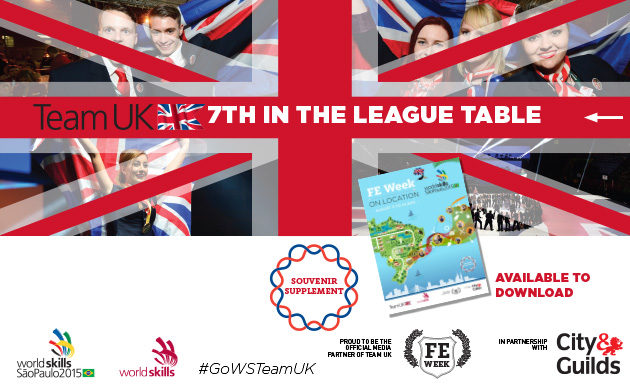 TeamUK finished in seventh place at this year’s WorldSkills competition, held in Brazil.

Beauty therapist Rianne Chester, 21, who runs Beauty By Rianne, was handed the award for best overall WorldSkills competitor at the closing ceremony on August 16.

The Brazilian team came out on top, with 11 golds and 105 points.

The table has only today been released due to technical issues in judgement in finalising the medallions of excellence.

At the last WorldSkills’ competition in 2013, held in Leipzig, the UK came in at 10th place in the medals table.

“Their hard work shows how far apprenticeships and professional and technical training can take young people, and the skills they are learning will help drive them towards an exciting and rewarding career.”

We have put together a free souvenir supplement from the event, with all the details of this year’s event. You can download it here.