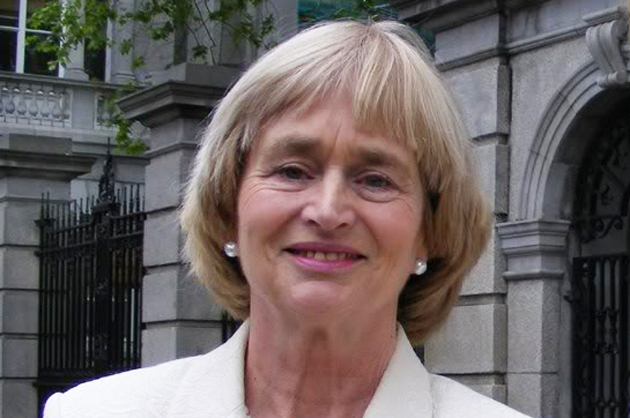 The House of Lords Committee on Social Mobility wants to hear young people’s experiences of moving between school and employment and has issued a questionnaire to find out more.

The group of peers, chaired by Lady Corston (pictured above — and click here for her exclusive FE Week expert piece), is urging providers to alert learners aged between 14 and 24 to the 18-question survey on their experience of leaving school and the advice and support they were given.

The committee is investigating the transition between school and work and its impact on social mobility.

The questionnaire, launched today, will be open until October 1, is aimed at young people who did not sit A-levels or attend university and is available here.

A House of Lords spokesperson said: “If you are under 16, we want to find out what you are thinking about your future options and the choices you have to prepare for life after school. We want to know what support and advice you have, what guidance you have been given and what you think you need to succeed.

“If you are aged between 16 and 24, we want to know about your experiences in deciding what steps to take after leaving school and how you came to make those decisions.”

The committee is due to report its findings by March 23.

In its third evidence session on Wednesday last week, it heard that the welfare system does not help to get young people back training to improve their skills.

Spencer Thompson, associate director at the Institute for Public Policy Research, told the committee that where many young people tend to get lost in the system in moving from school to work was when they did not claim benefits when they were not in employment, education or training (Neet).

“Around 40 percent of young Neets are not claiming any out of work benefit,” said Mr Thompson.

“That’s not necessarily a problem but it does mean they are not linked in with the systems of support that come with claiming jobseekers’ allowance.”

He argued that more young Neets needed to be brought into the system where they had more access to opportunities for traineeships, apprenticeships, other qualifications or employment.

However, he added: “The current system is not well designed to do that task because it is very much focused on getting someone into a job as quickly as possible.

“It needs to take more of a holistic view of each young person and what they need to move into work, into sustained work — whether that’s basic qualifications or a qualification that is very much linked to a particular career path.”

And Ralph Scott, senior researcher at Demos, warned that their opportunities for receiving training (and therefore progressing in work and being socially mobile) did not always improve once they got a job.

“In terms of short cycle, professional training for adults aged 18 to 65, for post-secondary vocational which can be provided by outside providers, the UK has 7 per cent engaged in this kind of training, the US has 26 per cent and France and Germany have 20 per cent,” he said.

“There’s a well-known phenomenon in the UK — those who are the most skilled within the labour market are those who are improving their skills while those with the least skills are not receiving any training whatsoever.”

To combat this, said Mr Scott, skills needed to improve at a younger age.

One of his key recommendations to the panel was that destination data from schools should really be used “to uphold accountability — as soon as you have something that’s useable and doesn’t unduly punish schools for their context”.

He added:  “The need for non-academic skills to be developed in schools is made evident by how important they are for later life outcomes — not just employability and the labour market but in terms of wellbeing and in terms of mental health.”

Schools should be monitored for the amount of extra-curricular activity — including work experience and contact with employers — they offered students, he said.

Fellow panellist, Centre for Social Justice director of policy Alex Burqhart, said the most important recommendation he had for the panel was “to improve the standard of literacy and numeracy”.

“You have got huge disadvantage, huge underachievement of the poorest,” he said.

“The very best things that could be done is early intervention in this area.”

Mr Thompson on the other hand, recommended action to protect the later stages of the education system.

“The 16 to 19 Department for Education budget should be protected, either along the same lines as the schools’ budget which is being protected in per pupil cash terms, or ideally it would be protected against inflation,” he said.

“I think in the context of very difficult funding environment for FE funding in particular and the importance of 16 to 19 education in employment outcomes, productivity and economic  growth, we’re very much in favour of protecting that budget in the current spending round.”

The committee is next due to meet on Wednesday, October 14, although it is not known who will be appearing to give evidence. Follow the committee on Twitter via the #HLSMC hashtag.