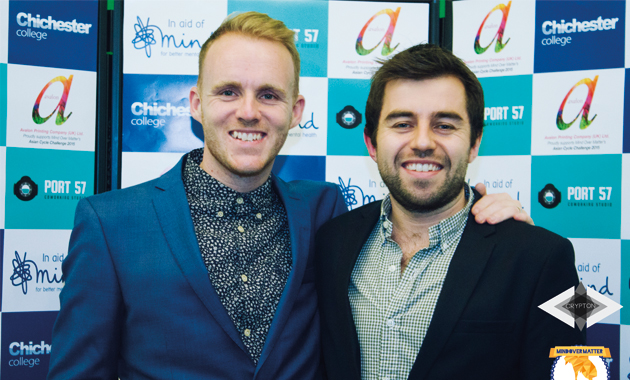 At first, the 17-year-old Andy Cole thought nothing of his head teacher’s long, contemptuous blow into a handkerchief.

But when it happened again, just moments later, Cole realised it was the head teacher’s ludicrous reaction to his desire to go to art school.

Today, Cole is on the other side of the desk as principal at the College of North West London (CNWL), but it’s an expression of prejudicial thinking from on high that has stuck with the 54-year-old. “It was a grammar school and quite snobby,” says Cole of his Bury school past.

“In the constitution of the school it said the head teacher came from Oxford, Cambridge or Bristol, so by definition the aspirations of the school were fairly university-focussed.

“And I was on track to do A-level maths, physics and art because I said I wanted to go and be an architect and I was told those were the only subjects that would get me there, which was demonstrably untrue.”

Cole turned out to be “absolutely appalling” at physics, and so began bunking off to do double art or maths instead — and was eventually found out.

“I got called into the head master’s office and I was given this whole spiel in front of my mum asking how I was going to get anywhere, and then the head master said: ‘What do you want to do with yourself?’”

When Cole replied he was hoping to go to art school, the handkerchief came out. And it happened again when Cole explained that he’d looked in to it and didn’t need the physics A-level to study art.

“I thought at first it was coincidental, but literally every time I mentioned the word art, or art school, out came the handkerchief, he blew big time into his handkerchief,” recalls Cole.

“It was just a surreal experience.”

Fortunately, and much to Cole’s surprise, his mum Jose and dad David were “extremely supportive”. So Cole found his way to Hull School of Art and Design (now part of Hull College) via a foundation degree from Rochdale College of Art (now part of Hopwood Hall College).

Cole then headed for a post-graduate degree in London, which, at the time, was “truly a different world” to the recession-hit North and offered plenty of painting work converting old East End and Docklands warehouses into loft apartments.

“That gentrification of urban industrial space was piggy-backed on artists’ communities, so you were mixing with some fairly famous artists because these were like living-working spaces, so you could get cheap but big accommodation and it was a fairly lively environment, shall we say,” he tells me.

“I didn’t have a full-time job until I was 31 — at that point I was just getting by being a painter and an artist’s assistant.”

Cole was also exhibiting his own art work at the time in smaller galleries in the UK and in 1987, managed to secure an exhibition in New York’s then up-and-coming Lower East Side.

Inspired by the New York trip, he and a friend started a gallery in a room above the Black Bull pub near Chelsea Football Club, providing exhibition space for fellow arts students — giving Cole the distinction of having granted Turner Prize-winning artist Martin Creed his first ever exhibition.

Cole’s own artistic career, however, never took off in the way he had hoped.

“I was living in accommodation that didn’t have central heating and it had got to a point where I thought, ‘You know what? I’d quite like a washing machine’,” he says.

“I gave myself until I was 30 and if I hadn’t made it as an artist then I would bite the bullet and admit defeat, and get a proper job.

“I held on until 31 and I hadn’t made it, so…” Cole shrugs, but he’s grinning and to be honest he doesn’t look like a man defeated — perhaps that’s because of the route he chose instead. Cole had begun teaching part-time after finishing his postgraduate degree at Portsmouth Polytechnic, now Portsmouth University, although, he says, the experience of higher education teaching left him feeling “a bit of a fraud”.

“I was asked if I would do a bit of cover — allegedly just for a day or two,” he explains.

“So I rocked up and was shown to a portable cabin at the bottom of the car park.

“The kids were what we would call NEETs [not in education, employment or training] now, stuck in the rubbish accommodation, nobody wanted to teach them and they were just killing time really.

“I didn’t know what I was doing but I thoroughly enjoyed working with them.”

The college asked him to return the next day, and the next, and after two weeks, offered him a permanent contract.

“I was like, ‘Why?’ and they said, ‘You were the first person who lasted more than a day with them’,” he says.

To this day, Cole struggles to understand why those learners had been viewed as problematic.

“Maybe it was my age, I was close enough to them, and maybe it was the fact that I wasn’t a trained teacher and had no preconceptions about how you did it, I was just responding to what they were interested in and how they were learning,” he says.

He took up a fulltime job at Thurrock in 1991 — just in time to experience the upheavals of incorporation. “There came a point where you could have all these changes done unto you or be part of the solution, if you like,” says Cole.

“It did quite quickly become apparent that the world was going to change, with colleges becoming masters of their own destiny to a certain extent and I just wanted to be part of what that world would look like.

“So that’s when I got a course management job at Borders College in Scotland and I started from there.”

However, Cole and wife (then-partner) Justine, “very quickly decided that Scotland was beautiful but London was where the money is” after the company Justine was working for went bust, and the pair returned South, where Cole became a manager at Henley College.

From there, he moved to Havering College, then Newham College and Newham Sixth Form College, before becoming a vice principal at City of Westminster College.

“I didn’t really start thinking about becoming a principal until maybe about five years ago, just when I became a vice principal. And then I realised actually, there’s a stage beyond that,” he says.

In 2014, he became principal of CNWL, a college which has seen its fair share of financial difficulties — although, as Cole notes wryly “show me the college that doesn’t”.

“One thing I can be certain of is that in five years’ time the FE sector in London will look pretty different to what it looks like now,” he says.

“We’re almost at a tipping point — taking a 24 per cent cut to anything is going to affect some fundamental change.

“The optimist in me says that as a necessity, people will become more collaborative and start to share — not just as federations, which is just about money — but will actually genuinely start to share their strategies and their visions, and start to really see how best we can use a finite resource to best serve our communities.”

And, the father-of-three believes, his somewhat unconventional introduction to teaching puts him in a good position to lead his college into that uncertain future.

“I’m told I have a slightly alternative view to many people when it comes to certain things,” he says.

“FE gave me a second chance — it gave me the chance to re-engage and get my education back on track, and helped me to realise my vision.

“So it’s about that personal second chance that I’ve had, and I think we’re at a point where we risk denying people that second chance opportunity, so I do like engaging with people who are passionate and want to improve themselves, but maybe don’t know they want to do it.

“So I guess there is something there about that alternative view — my natural inclination is to go with the underdog.”

Poetics of Space, by Gaston Bachelard, which is about dreams, and architecture and spaces. It was a fairly seminal book when I was an art student. And From The Diary Of A Snail by Guenter Grass. It deals with ambiguity and memory I just spend time with the kids and the family, and I do quite a bit of walking, usually in and around urban areas and into parks and things, because one of my daughters comes into London on a Saturday for a dance class in Kings Cross, so I end up walking around the back streets of Bloomsbury quite a lot and visiting the occasional hostelry, but a bit of time walking and a bit of time with the family

I’m not sure I have one really, but I guess it’s self-interested people, self-serving people. And if we’re going to be political about it, people who pretend to listen but don’t really

Personally, I find family and friends to be the best company. I would have loved to have met my dad’s side of the family — my dad was brought up in a children’s home, and he only met his mother, who lived in the West Indies, once, and he never knew his father. So I would love to get to know that side of the family. No famous people

An architect. One of our family friends was an architect and he built his own house in 1960, and it was like the archetypal Conran building, it was all done out in that typical 60s décor which, growing up in a northern mill town, was quite radical and I was just fascinated. But then I discovered art