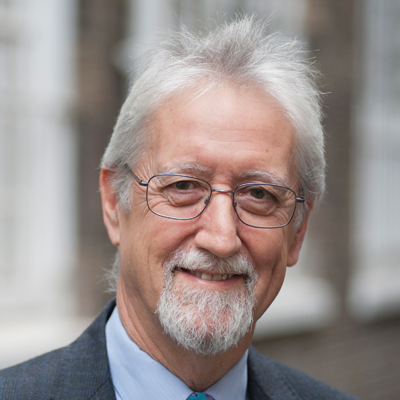 One of the most frequent complaints levelled at Ofsted is that it lacks transparency.

For example the system for dealing with complaints against inspection results, it has been claimed, is not open to scrutiny.

However Marina Gaze, deputy director for FE and skills at the education watchdog, sees things differently.

“Because I do feel that we work hard to listen to people and, actually, that’s one of the great pleasures of my job — I do want to hear what people say. It’s hard to imagine that a career trajectory producing such a staunch defence of Ofsted could have started with, of all people, a Lycra-clad Jane Fonda. But it did.

Fresh out of an English degree at Middlesex Polytechnic in the mid-1980s, and keen to return for a master’s degree with plans to become a journalist or an English teacher, Gaze realised she was going to have raise some money.

So she trained as an aerobics teacher and was hired by her tutors to help train exercise teachers.

“I’d never done it before. It didn’t really exist before then — it sort of burst onto the scene at that time — and I think that was sort of the point, it was the newness of it,” says Gaze, aged 52.

“At that time, Jane Fonda was around and there was an explosion in exercise classes, and lots of people were getting injured and so on, so they needed to train people properly to teach exercise safely and effectively.”

When Royal Society of Arts examination board (now part of OCR) came to verify Gaze’s course, it asked her to join as an external verifier, which she did, before moving on to become the regional and then national external verifier for exercise qualifications.

“I was writing these qualifications and they were being used all over Britain, and of course all over the world as well, so it was really exciting,” she says.

Alongside that, at 28, Gaze set up her own training company. “So the bit about being an English teacher or a journalist went all sideways,” she says with a grin.

It was also through exercise that Gaze met husband Colin when she moved to a village on the North Yorkshire coast.

“I was giving a talk to the village WI about exercise, and this woman said to me, ‘Oh, you should really meet my son’,” she says.

Gaze had her doubts. But, she says: “I did meet him and she was right — I really should’ve met him. And I married him.

“So I tell everybody I had an arranged marriage — my mother-in-law arranged it.”

Gaze’s own beginnings were much more the result of chance.

Her father, Peter, is from Yorkshire, while her mother, Edda, grew up in Italy under German occupation in the Second World War.

“They met because my dad went on holiday to Paris, and it was raining, so he jumped on a train, and went to Italy,” says Gaze.

“So if it hadn’t been raining in Paris, my parents would never have met.

“Of course, the question now to my parents is, ‘Why did you choose Yorkshire and not Italy?’”

Edda, says Gaze, had a “very broken schooling and a tough childhood”, as the youngest of eight children, whose father was killed in the war.

“My father had a better go at schooling,” she adds.

“He was from a poor working-class family, but he passed the 11+ and went to grammar school, but then went on to an apprenticeship, because his family couldn’t afford for him to go to university.

“During his working life, he was very strong with the unions, so I suppose he always had quite a strong sense of social justice, and actually still does.”

Gaze, the oldest of three, loved her own experience of education — as part of the first cohort to attend comprehensive schools.

“I have always enjoyed learning, always,” she says.

And it is in discussing her 10-year-old twins, Alex and Cat, that Gaze raises an issue she is keen should be included here. They, she tells me, born through IVF.

“I don’t mind that being printed,” she says.

“I think people should talk about it and know that medical treatment can work.

“We had lots of cycles of IVF, I think it probably was tough but I think — sorry if it’s awful to say it — it’s all character-building stuff.

“My husband and I went through it together, and the joy of having children at the end of it was just wonderful. And it puts things into perspective, doesn’t it?” Gaze in her Yorkshire village Staithes with Kat and Alex, both aged two.

“I was very impressed by them very quickly because, as an organisation, we had teeth,” she says.

At that time, she says, “there was a lot of very poor provision”.

“When I started as an inspector, the national success rate for apprentices was about 7 per cent,” she says.

“And of course, there were lots of people getting money for things that they weren’t doing.

“So we felt we had an impact very quickly — the inspector reported on where the poor provision was, and the funding bodies took the money away.

“You either got better or you had your funding removed. It was very satisfying.”

From there the TSC became the Adult Learning Inspectorate, and was incorporated into Ofsted in 2007.

In her years as an inspector, she says, she has seen some things that were “absolutely shocking”.

“Without going into detail, we have had occasions where there are learners or apprentices on programmes and the provider has just been to visit them a couple of times for the last couple of years, things like that,” she says.

“It’s grossly unfair on the young person who is learning and it’s just not a very good use of taxpayers’ money either.” Gaze with twins Alex and Kat at a Pony Club Show

Despite that, she says there’s always cause for optimism.

“One of the things that does amaze me as an inspector is even if I go into a provider or a college where there is poor provision, I can guarantee there will be an outstanding teacher in there somewhere,” she says.

And the situation for adult education, she says, is “an improving picture”.

“There are some very good short course programmes that can help people get into employment quickly,” she says.

“But I think there still needs to be that big picture around all the other skills that people need to help them get into work — English and maths and so on — there is still a lot more to be done.”

Gaze sees her commitment to educational standards as being rooted in her love of exercise.

“Why wouldn’t you want the best?” she says.

“Why wouldn’t you want to take best practice and spread it around and aim for it?

“With exercise, it’s quite simple — if you don’t do it properly, you get hurt, and you don’t get the benefits you think you’re going to get, so it has to be done, and done well.”

I’ve got 10-year-old twins, so I don’t. I go from one hectic lifestyle to another, so a lot of my life outside of work involves doing things with the kids. We’ve got ponies, we go riding on the beach, they go to karate, so we do karate with them — I started karate at the age of 50. But for just something for myself, I go for a run. I can cope with anything as long as I get an hour to myself to go for a run

Low expectations. It really irritates me in our sector when people say things like, “Well you can’t do anything with those kids, because they are from such-and-such a place or such-and-such a family”

I’d actually quite like to have dinner with my husband once in a while. I think I would like to meet Aphra Behn, she was a restoration playwright, and she was a spy. No-one really knows anything about the first 27 years of her life, so I would like to know what she was doing then, and I think I’d like to know what it was like being a woman in such a male-dominated world. And I’d have prison reform campaigner Elizabeth Fry