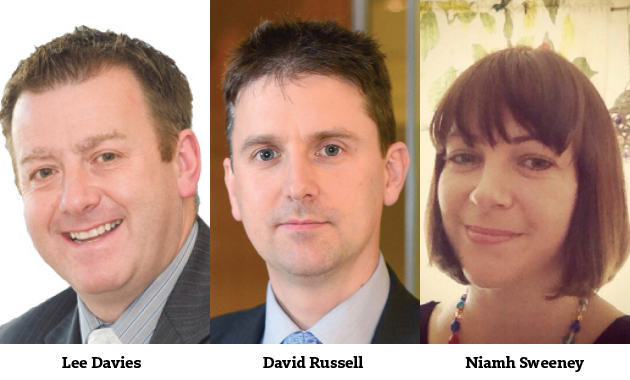 A former deputy chief executive of the Institute for Learning (IfL) has made a last-ditch public plea to stop it being taken over by the Education and Training Foundation (ETF).

Lee Davies, who was at the IfL for six years from 2005, issued his 11th-hour plea via Twitter this morning, with the message: “Dear @IFL_Members Advisory Council ….. do the right thing today, please”.

The tweet (pictured below right) included a link to a post on Mr Davies’s blog, where he argued for the continued existence of the IfL. It came with the IfL advisory council expected to vote this afternoon on a proposal to disband and pass membership over to the ETF.

Mr Davies, chief executive at The Chartered Institute of Patent Attorneys since 2012, wrote on his blog: “I have spoken with many members and I know that the appetite for an independent professional body remains.  This is not met by ‘gifting’ the membership to the ETF.”

The IfL’s plans to close and transfer to the ETF were announced at the beginning of the month. They were triggered by fears the IfL did not have enough cash to keep going with huge numbers of members having deserted in the face of increasing membership fees in response to government funding being withdrawn.

“We believe the ETF is the organisation best placed to continue pursuing IfL’s objective ‘to promote education and training for the public benefit by the enhancement and maintenance of the quality, standards and practice of learning and teaching’.

The proposal has enjoyed the support of ETF chief executive David Russell, who also took to Twitter today (pictured right), posting: “Hoping that @IFL_Members Advisory Council will choose to join forces with @E_T_Foundation today — we would evolve and strengthen as a result.”

However, Mr Davies argued that the IfL could adapt to the financial pressures it was facing. He told FE Week: “I think there’s a genuine need for a professional membership organisation and at the heart of this is the decades-old debate about professionalism — I believe FE teaching is a profession and so it needs a professional body.

“I recognise that the IfL needs to change its operations to sustain its impact but there’s no need to give up the gift of thousands of members — we started running the organisation from the back of the Lifelong Learning UK offices with a budget of barely £10,000. It can be done.”

He added: “I’m not saying that the needs of member couldn’t be met by the ETF. What I’m saying is that if you truly recognise that it’s a profession then you need a truly representative membership body, and I don’t think that’s the direction the ETF has been heading in.”

Mr Davies also said the ETF might not be a “solid basis” for a membership body. “The ETF may not even survive the next election,” he said.

“A professional membership body needs to stand outside of the political arena and I don’t think the foundation will be able to do that — whereas I think the IfL can say it’s free of political influence.”

She tweeted: “@LeeMarkDavies @IFL_Members good points very well made Lee. Individual membership of a professional body is vital to the sector.”

The vote on the future of the 33,500-member IfL is expected to take place between 4.30pm and 6.30pm. The decision to vote on the transfer followed a recommendation by the non-executive board of the IfL that it should close and that its legacy and assets be passed to the ETF through a deed of gift.

Members who had renewed their membership until March 31, next year would become part of the ETF’s professional membership. If voted through, the process was due to be completed by the end of next month.