The issue of class prejudice has raised its ugly head, says Mick Fletcher, with the Department for Business, Innovation and Skills pushing ahead with its National Colleges plan

The idea that the problems of English FE can be solved by creating a new cadre of elite colleges was a bad idea when suggested by Shadow Education Secretary Tristram Hunt, bad when trailed as government policy by Business Secretary Vince Cable and bad now it has been officially launched by Skills Minister Matthew Hancock.

Despite the unusual distinction of endorsement by all three major political parties the idea that segregation leads to success ignores all the lessons of history and risks damaging rather than developing progression routes to advanced vocational study.

Fundamentally, however, it is wrong because it is suffused with the corrosive prejudices of the English class system.

Class prejudice in England is so deeply ingrained that it is easily overlooked. Consider for example, the defence of engineering, endlessly quoted in almost every discussion of the subject — “people think it’s all about men with oily rags”.

It is true that engineering as a discipline can be a demanding theoretical subject, but the unspoken assumption is that it’s understandable, acceptable even, to look down on men who work with their hands and with the apocryphal oily rag. Those men (and women) who keep our vehicles safe, keep the lights on in schools and hospitals and keep the wheels of industry turning are obviously less worthy of our respect than those who work in clean suits at a desk: so obviously that it’s not worth stating.

The unspoken assumption behind the elite colleges proposal is that it will remove those studying the more abstract aspects of vocational programmes from those with oily rags and grubby overalls, who are to be left behind in their local technical colleges. This will add to their status, though at the expense of those left behind since status is a zero sum game.

It is the same prejudice that taints the otherwise laudable development of University Technical Colleges — they make it clear to everyone that they focus on ‘clean’ technical subjects while the oily rag men go to studio schools.

Although they will gain in status from being distanced from those who get their hands dirty the new vocational vanguard will not make it into the social elite.

This is why we need to create new institutions despite having a range of world class universities delivering high level technical skills.

The clue as to why can be found in another class-based mantra of middle England — a profession of regret that the admirable polytechnics became universities.

Underpinning these expressions of concern about the ‘loss’ of polytechnics is a deep mistrust of mass higher education.

The polytechnics, like the colleges of advanced technology before them, did not abandon technical studies when they changed their name — far from being ‘lost’ their applied and technical students gained the status of a university degree.

The real concern is that too many did, undermining the English assumption that degree level study is only for the elect.

They may also have got ideas above their station in life by having studied alongside those following non technical disciplines — unexceptionable when offered to the few in a traditional university, but somehow unacceptable when made more widely available.

This is why the elite colleges, despite their name, will aspire mainly to ‘sub degree level work’.

The clue, as they say, is in the name. The intention is to develop a corps of non commissioned officers, given a little status by their separation from the foot soldiers but under no illusion that they dine at the top table.

Moreover, students at these new colleges will not be distracted by the other possibilities offered in institutions with a broad and balanced range of disciplines — true polytechnics.

These monotechnics are not simply focussed around a discipline but around projects if the HS2 model is typical.
Limited in breadth and limited in ambition; it is a peculiarly circumscribed notion of elite.

Mick Fletcher is a founder member of the Policy Consortium, a director of RCU Ltd, a visiting research fellow at the Institute of Education, University of London, and a regular contributor to the FE Week Experts section 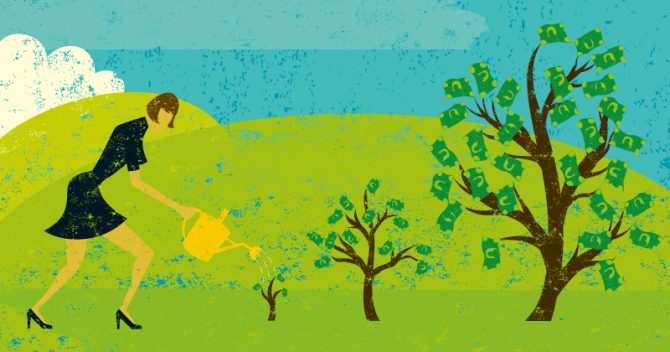