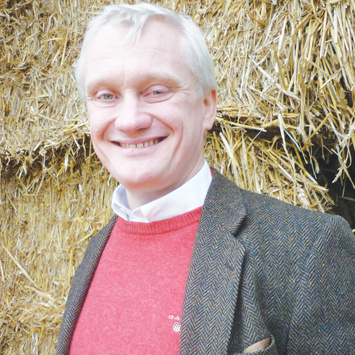 After almost four years at the helm of the House of Commons Education Select Committee, Graham Stuart is not known for holding back when it comes to criticising government.

But the Tory politician’s willingness to speak his mind in his committee sittings should not be mistaken for an absence of party loyalty.

Pro-austerity and highly critical of the opposition, Stuart is undeniably a Conservative, with a big “C”.

The 51-year-old MP for Beverley and Holdness, a constituency in Yorkshire where he won a seat for the first time in 2005, cannot hide his disappointment at not having made it to the ministerial ranks after the 2010 general election, but still sees himself as a contender, maybe even for Secretary of State.

Reading literature from “totalitarian countries” in Eastern Europe and Asia had, by the time he finished sixth form, given Stuart a “deep dislike of ideologies which oppressed, suppressed and minimised the value of the individual”, he says.

After entering politics in Cambridge as the first Tory city councillor elected in six years in 1998, Stuart took on an additional voluntary role at a local school which would seal his interest in education forever.

“When I was a councillor, I became chairman of governors of a struggling junior school,” he says. “I found my involvement there, working with other government, hiring and then supporting a head to turn the school around, one of the most satisfying thing I have ever done. “It’s a cliché, but as Disraeli said: ‘Upon the education of the people of this country, the fate of this country depends’, something like that — and that remains true. What else can you do in politics that will have such long term consequences? And you just hope that your involvement has positive consequences.”

Stuart is relentless in his dislike and mistrust of the left, possibly something to do with the fact that, having started his own publishing business while at university (and failed to get a degree in the process) he is exactly the sort of self-made success, bootstraps and all, that conservatives would like to see every man and woman aspire to be.

He is quick to chastise Labour for its opposition to the government’s austerity programme, which he says is too slow.

He says: “We have talked about the need to balance the books, and we have moved in that direction, which is commendable, but we are moving there remarkably slowly.

“At the same time it suits our opponents to make out we are the most heartless bunch of ideological cutters who do it for the sheer hell of it, out of some weird, small-state obsession rather than the simple arithmetic of the fact that if you spend more than you have coming in you create a burden for the future — and with an ageing population, the dynamic presence on the world scene of the likes of China, South Korea and India, there is nothing obvious to suggest that we have such a golden future that we can afford to burden our children and grandchildren with monumental levels of debt.”

He says his support for the FE sector is perhaps buoyed by his admiration of outstanding colleges in and around his constituency, but he says more work is needed to allow the “Cinderella service” to thrive.

He says: “I am rather spoilt by the quality of FE provision in my area, but it also contributes to my having perhaps an unusually positive view of FE and what it can do. I think FE is fantastic and needs to be more celebrated, more recognised and I hope that can happen over time. But right now, those three institutions are doing a great job, and are doing so with a pretty high degree of self-confidence, and success.

“So, equally, whatever our complaints about government policy and financial challenges, just in my immediate area are three excellent institutions doing a damn good job — which is to be celebrated.”

He adds: “One of my top priorities is to press for improvements in careers advice and guidance in schools. It is nothing short of a scandal that so much of it is so poor. We have got more complexity in choices within education than we have ever had before in history.

“You cannot intuitively understand the labour market any more, and there is no big employer down the road. It is more complex and more opaque to a teenager than it has ever been — and therefore the role of careers advice and guidance is critical, and the FE — as a bit of a Cinderella service, sadly — is hidden.

“The benefits that FE can offer young people is hidden from too many of them by a failure of quality provision in careers advice and guidance, by vested interest deliberately blinding young people to alternatives to the institution they are currently in, and also there are other issues.”

Stuart makes no secret of his ambitions for higher office, and says his decision to run for the chairmanship of the committee came after he, like many other Tory hopefuls, missed out on a ministerial post after the 2010 general election.

“I [had] got involved in the children, schools and families committee,” he says, “so I sat on that the whole time that department existed, under Barry Sheerman’s chairmanship, and then we had the general election, we had the coalition, and David Cameron didn’t make me a minister, and I duly put myself forward for the select committee.

“With the coalition, and 25 of my colleagues who had already served as shadow ministers losing their jobs, now I recognise that [although] I had always imagined that I would be a minister, if that’s not to be, it’s not to be.

“If David Cameron asked me to be a minister I would happily serve.”

He also leaves his future as a possible successor to Education Secretary Michael Gove in the Prime Minister’s hands, but adds: “Obviously education is of massive interest to me, but the longer I do this, the less certain I am about so many things.”

One Day in the Life of Ivan Denisovich by Aleksandr Solzhenitsyn. It goes back to my sixth form reading.

It is a very slim, delicious volume on surviving Soviet labour camps for a day, which then led me to reading The Gulag Archipelago one and two with endless listing of the endless numbers of people killed by socialism in Stalinist Russia

I cycle, and before I smashed myself up skiing last year, I occasionally did triathlons. I did a half Iron Man three years ago. I was, last year, going to be doing some pretty heavy cycling. That would have got me fit, but as it was I was in a hospital bed with my smashed-up chest, pelvis and then, eventually, other problems from that

Probably something to do with sport, playing rugby for England or similar, or football, even though I didn’t play football at school. I had a toy tractor as a child, and I was so keen on it that I insisted I was to be called Tractor Man

I don’t have one