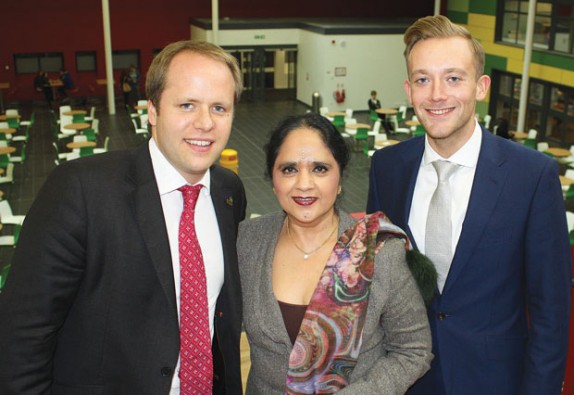 Laying bricks, an afternoon jam with talented music students and a relaxing manicure were just some of the activities I enjoyed while visiting West Nottinghamshire College, writes Shane Mann.

Working in partnership with the Inspire & Achieve Foundation, the centre works with under 24-year-olds that are not in education, employment or training (Neets).

Offering flexible courses, predominately at level one, the venue aims to act as a springboard for Neets onto higher level courses.

We then dropped into the college’s construction skills centre, in Kirkby-in-Ashfield, which trains students in trades from bricklaying to rail track engineering.

The centre has a unique open plan design, containing study areas and scaled-down classrooms.  Then it was time to get creative at Vision, the college’s creative arts centre providing media, music and performance courses.

Here we learned about the college’s student-led TV station — called visioncreate.tv — and I become a band member, bashing the drums. Level one automotive maintenance and repair student Keeley Boulton, aged 19, from Kirkby-in-Ashfield, instructs me on how to fit brake shoes on a car

Finally, we visited the college’s hair and beauty commercial wing, called Revive. As a persistent nail-biter, it was fitting for me to undergo a brief manicure before dinner. The enjoyable experience provoked a professional frown from my beautician, when she inspected my chewed nails. Revive, along with the college’s training restaurant, is housed at a newly-opened £11m centre at its Mansfield campus.

Left: Level two beauty therapy student Lucy Gilby, aged 16, from Mansfield, gives me a manicure
Right: Level three professional cookery apprentice Ian Heslop enlists me to help in preparing a meal in the kitchens of Refined — a fine-dining restaurant open to the public

We were following in the footsteps of  Skills Minister Matthew Hancock, who had a
similar tour two weeks earlier (pictured below).

Left : Jamie Fairless, 16, from Mansfield, shows me how to build a brick wall
Right : Mr Hancock has a go at building a brick wall during his visit on Friday, October 4