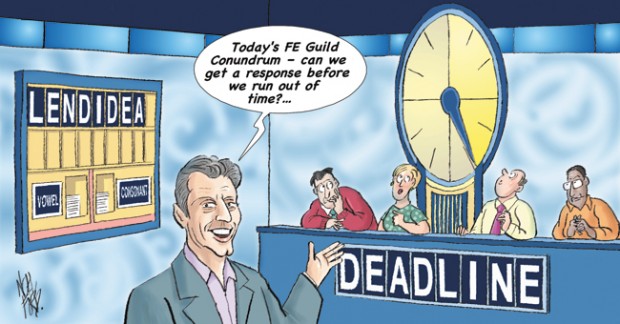 The latest stage in the development of the proposed FE Guild is “going to be difficult” to complete in such a short pace of time, according to the independent chair of the guild’s steering group.

A formal consultation has begun, and will run until Friday, February 22,  leaving providers who want to contribute just three weeks to respond.

David Hughes, chief executive of the National Institute of Adult Continuing Education, who chairs the steering group told FE Week: “I don’t underestimate that it’s going to be difficult and the time we’ve had to pull together the consultation document has also been really short. It would have been lovely to have another week, 10 days longer, but we haven’t got that time.

a six-week consultation might have been better than three or four.”

“Right or wrong, the decision by government to announce the end of funding for the Learning and Skills Improvement Service has pushed the timetable very tight.”

Following the informal consultation, which ran online and through consultation events between November and January, Mr Hughes said he was hopeful of a strong response from the sector.

“I suspect it will take up two to three hours of somebody’s time but I think it’s an important issue so I think a lot of people will take that time and make that effort,” he said.

“I was surprised we got more than 400 responses to the small online consultation – I didn’t expect to get many as it was around Christmas time, nobody really knew what the guild was, and there wasn’t really a proposition for people to respond to.”

Many respondents to the initial consultation raised questions about what the remit of the guild would be, and 42 per cent admitted they were unsure until they knew more.

He said: “The consultation isn’t the end of it, it’s to establish what needs to go into the implementation plan, and part of that has to be saying ‘how do we carry on engaging with people and properly understanding what people want through the life of the guild?’

“If the guild gets established it will want to carry on refreshing its understanding and meeting the needs of the sector so we think the consultation is really a chance for hundreds of people to come and give their views.”

And with just three weeks for the consultation, Mr Hughes called for input. He said: “I hope we get people being realistic about engaging with the document, trying to understand what we’re suggesting and being constructive with their feedback.”