See the victories of Team UK’s medal winners in this series of spectacular photos from the WorldSkills 2019 medal ceremony.

It was truly a night to remember for Team UK, which scored two gold medals, one silver and one bronze.

The golds went to aircraft maintenance competitor Haydn Jakes and beauty therapy’s Rebecca West, while the silver went to Conor McKevitt in car painting and the bronze to Phoebe McLavy in hairdressing.

Haydn told FE Week after his win: “I wasn’t really expecting a gold medal, so for that to actually happen was a really pleasant surprise.”

While Rebecca said she was “really, really amazing and so proud”, and thanked her supporters.

“Amazing” was also how Phoebe said she felt; and Conor, who also won the UK’s best of nation for getting the highest score of any UK competitor, paid a “massive thank you” to everyone who had helped him achieve his two medals.

The UK came in 12th place out of 49 countries; with the number one spot going to the host of the next WorldSkills in 2021, China, which will be holding the event in Shanghai.

In addition to the four medals, the UK also scored 15 medallions of excellence – which are awarded to competitors who are judged to have reached the international standard in their skill.

The event was addressed by Russian president Vladimir Putin, who said competitors “demonstrated outstanding techniques and skills, which you have refined and honed to virtuoso heights”. 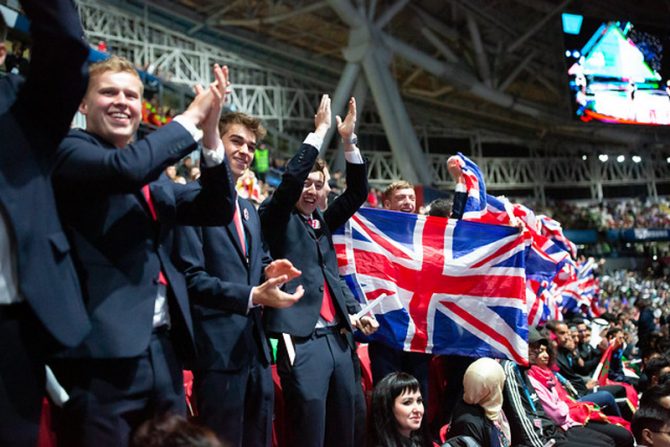