Fifty staff were invited to “festive drinks” in the Department for Education canteen during lockdown two years ago, with then education secretary Gavin Williamson providing wine and mince pies.

At the time, London was in tier 2 lockdown, where gatherings of two or more people indoors continued to be prohibited unless an exception applied. For instance, where the gathering was “reasonably necessary for work purposes”.

A report by senior civil servant Sue Gray says that in early December 2020, DfE began planning an event to “thank members of staff who had been working in the office during the pandemic”.

It was discussed between “senior officials” in the DfE and Williamson, who asked members of his private office to make arrangements.

Gray says the event was going to be held in the private office working area, but officials decided to move it to the canteen on the basis it is a “well-ventilated space that would permit easier social distancing”.

On December 7 at 3.52pm, an email was sent from Williamson’s private office internally, inviting “approximately 50 staff” including private office and departmental officials and special advisers.

The email said: “Hi all, We’re planning on having some ‘socially distanced’ festive drinks in the canteen on Thursday. It would be great if you could join us. This is open to Private Office staff and ministers if they are around……

“For those working at home…there are plans for a Christmas Divisional where
people will be able to dial in and have a Virtual Festive gathering….”

About 20 to 30 staff gathered in the canteen at about 5pm on December 10. The report says staff had been invited to bring their own refreshments, including a suggestion to “bring their own bottle”.

However, at the event “there was wine, some of which, along with mince pies, was provided” by Williamson and his private office.

It says Williamson “thanked staff at the event, leaving shortly afterwards to
travel back to his constituency. Some people remained in the canteen for a short
period. The event lasted around 60 minutes.”

Susan Acland-Hood, DfE permanent secretary, told MPs last year that it was “to some extent” an organised event.

She confirmed that if any staff were found to have broken rules, they would face disciplinary action. This would include Acland-Hood herself, she said.

The Metropolitan Police did not investigate the party as it was “not considered to have reached the threshold for criminal investigation”.

Although not specifically mentioning DfE, Gray said many of the events, including several at Number 10, should “not have been allowed to happen”.

She said: “Many will be dismayed that behaviour of this kind took place on this scale at the
heart of government.

“The public have a right to expect the very highest standards of behaviour in such places and clearly what happened fell well short of this.

“It is my firm belief, however, that these events did not reflect the prevailing culture in government and the civil service at the time.” 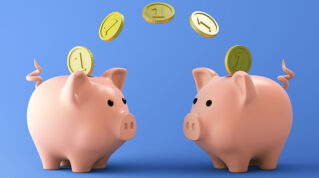