The government has published its long-awaited response to the consultation for the level 3 qualifications review.

The Department for Education set out plans yesterday to streamline the qualifications offer by funnelling students onto an ‘academic’ or ‘technical’ route.

It followed a two-stage review, launched in 2019 to consider future funding for tech levels, technical certificates and applied general courses such as BTECs.

The government’s plans involve defunding most of them, to focus progression routes on A-levels, T Levels and apprenticeships.

A flurry of documents, including guidance, impact assessments and the government’s response to the second stage’s consultation were released today.

1. Which qualifications will be reviewed when

The ‘approvals process for academic and technical qualifications’ document released today reveals digital qualifications will be the first to be reviewed and approved to be taught from 2023.

The Institute for Apprenticeships and Technical Education will approve other technical qualification categories, to be taught from 2024, if the Skills and Post-16 Education Bill passes Parliament.

IfATE will be publishing criteria for approving qualifications in each category next year.

The government’s consultation response explains technical qualifications which could overlap with T Levels will be assessed for funding according to whether they support entry to employment in specific occupations; if its outcomes are similar to those of T Levels; and if the qualification aims to support entry to the same occupations as a T Level.

Further guidance and approval criteria will be published in 2022.

Small alternative academic qualifications, equivalent to one A-level or smaller, will be approved for funding if they are studied alongside A-levels, even if they overlap with them or T Levels.

However, the DfE has said in a policy statement for the review this does not mean a “blanket approval” for qualifications in areas of applied general qualifications.

It will set a “high bar” for demonstrating their value, and will demand evidence of “successful outcomes for students taking those subjects and links to further study in important HE subjects”. Such a high bar that the government predicts…

The government announced that other level 3 qualifications like BTECs could still access public funding if they “give employers the skills they need or lead to good higher education courses and demonstrate why there is a real need for them to be funded”.

However, the policy statement reads: “Study programmes made up of alternative academic qualifications such as applied general qualifications will be rare.

“In the new landscape, large academic qualifications that overlap in content with T Levels, which might include AGQs such as Pearson BTEC and OCR Cambridge Technical qualifications, will no longer receive public funding,” it adds.

Instead, most students on the academic pathway who are progressing to HE without any A-levels will be “those taking large alternative programmes such as in the performing arts”.

An impact assessment report for the proposals sets out how ten awarding organisations out of more than 130 could lose at least a fifth of their publicly funded 16-to-19 enrolments at level 3 and below. 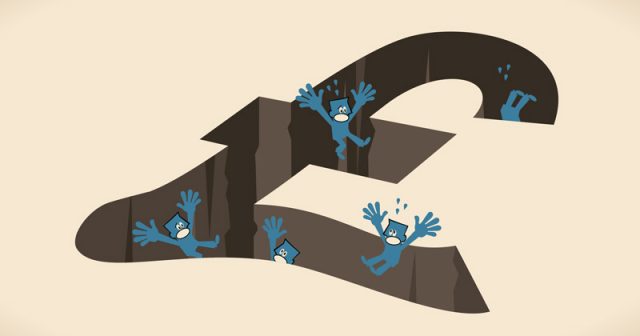 The assessment states three of them have over 500 16-to-19 enrolments at these levels funded by the Education and Skills Funding Agency.

And up to seven awarding organisations’ publicly funded 16-to-19 enrolments could drop by 80 per cent or more.

The combined impact of 16-to-19 and adult enrolments means an estimated four awarding bodies could lose at least 80 per cent of their funded enrolments.

The DfE said it is taking a phased approach to these plans to mitigate against resourcing issues for awarding bodies.

The consultation response and impact assessment for the plans note how students from SEND, Asian ethnic, and disadvantaged backgrounds, as well as males “are disproportionately likely to be affected by the changes”.

They “may no longer be able to progress to level 3,” the impact assessment posits.

The assessment explains these students are disproportionately represented on these courses, something the Association of Colleges and Ofqual have raised.

Yet the DfE argues this will be a minority and the proposals will be “justified by the overall benefits to students”.

The department said it is trying to improve transition provision for students who take three years to complete their level 3 and are bringing forward proposals to improve outcomes at level 2.

5. Nearly everyone disagrees with slashing courses which overlap T Levels

Almost 1,350 people responded to the consultation and a vast majority – 86 per cent – disagreed with the DfE’s plan to strip funding from qualifications which overlap with T Levels.

Respondents “typically raised concerns around the accessibility of T Levels, as opposed to the approach to overlap, citing that T Levels may reduce flexibility and choice for students.”

Many called for the retention of applied general qualifications, as they believed the “breadth and stretch of T Levels would not be appropriate for all students and levels of achievement”.

It was cited as a reason for 56 per cent disagreeing with proposals to approve qualifications for funding if they provide occupational competence against employer-led standards not covered by T Levels or if they develop specialist skills.

Respondents were also cautious about narrowing options for alternative programmes of study and of pathways into HE, in response to plans to fund a small number of qualifications supporting progression to specialist HE courses as A-level alternatives.