The exam board Pearson has launched a “major” consultation into the future of exams, following calls for GCSEs to be scrapped.

Former education secretaries Damian Hinds, Baroness Morris and Lord Blunkett will sit on an expert panel to advise and steer a research project looking at assessment and qualifications for young people aged between 14 and 19.

The first part of the research will be a national six week consultation to get views from students, parents and the sector on how the assessment system can be “fit for the 21st century”.

The Covid-19 pandemic and cancellation of exams in 2020 and 2021 have led to a growing debate over the future of assessment, with calls for GCSEs to be scrapped.

Teacher assessments are to replace exams this year, with further details of the system due to be set out next week.

Rod Bristow, Pearson’s president of UK and global online learning, said Covid-19 will “force us all to adapt and rethink how we both educate and assess our young people”.

“While we work with the government, schools and colleges and other exam boards to make sure the system delivers for learners in 2021, we also have a responsibility to look further ahead and use this unique moment to consider all of the issues.”

Bristow said the public debate was so far “focussing narrowly” on whether GCSEs should be scrapped, “but we recognise that GCSEs are just one stage in the age 14 to 19 journey”.

“Coherence across all stages of education is essential and Covid aside, we need to ensure what young people learn, how they learn it and how it is assessed, is fit for the 21st century.” 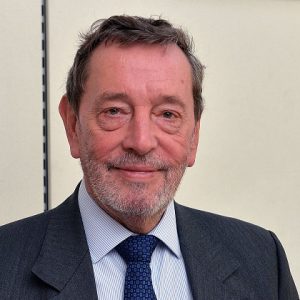 The findings of the consultation, launched today and open until March 31, will be published in an interim report in May this year. They will also inform a second phase of qualitative research by an “external research partner”. A final report is expected in the autumn.

The consultation will include externally commissioned and Pearson’s own surveys, research interviews, polling of MPs and video interviews with students.

She told FE Week’s sister title FE Week there was “a lot of compelling logic” in the case being made by campaigners, including former education secretary Lord Baker, for an end to testing at 16.

The consultation will consider three fundamental areas. These include the “shifting” requirements of the digital first generation, the role education within the 14 to 19 phase should play and fairness in the system to maintain public confidence in qualifications and assessment.