Universities will be ordered to set “ambitious targets” to boost the proportion of students studying degree apprenticeships by Michelle Donelan today.

The joint higher and further education minister will demand that universities rewrite their plans around access and participation to reduce drop-out rates, with “tough” goals also in the take-up of higher technical qualifications and part time courses.

A Department for Education spokesperson told FE Week there will be no one size fits all for universities, but the Office for Students will consult on the targets. The DfE will be looking for a figure to be outlined on the number of HE providers offering degree apprenticeships.

In a speech at a Times Higher Education event today, Donelan will also announce that universities will be required to improve outcomes for disadvantaged children by “driving up education standards in schools and colleges in the local community”, which could include providing activities like tutoring or running a summer school.

The minister is expected to say: “Gone will be the days where universities were recruiting students onto courses that lead to dropping out, frustration and unemployment. A student’s outcome after university needs to be as important to providers as a student’s grades before university.

“We need to send a message to every disadvantaged young person thinking about higher education that they will have the support through school, college and university to get there and achieve a positive outcome for themselves.”

Degree apprenticeships’ popularity has soared since their launch in 2015. Data published by parliament shows there were around 1,000 starts recorded in that year, which increased to over 13,500 in 2018/19. This is, however, still much smaller than the number of undergraduates in England which stood at 455,000 in 2017/18.

Education select committee chair Robert Halfon challenged Donelan on the DfE’s work in this area during an accountability hearing last month, during which he said there should be a target of having 50 per cent of students doing degree apprenticeships.

She went on to say that her department was exploring whether to introduce financial incentives to entice more universities to offer degree apprenticeships.

Cash incentives are absent from today’s announcement, but Donelan insists that all plans to widen participation in areas like degree apprenticeships must be drawn up with “needless complexity and bureaucracy cut out”.

Jennifer Coupland, chief executive of the Institute for Apprenticeships and Technical Education, welcomed the government’s move to force an increase in degree apprenticeships.

She said: “Employers tell us they are crying out for higher level technical skills and that degree apprenticeships are great for their organisations.

“So, these new targets can play an important part in growing the number of higher education institutions offering these opportunities so business and students can benefit.”

The DfE said the “reboot” of universities access and participation plans will play a “key role” in the government’s levelling up agenda and the national focus on improving the skills gap in disadvantaged areas.

The reform will be the first task for John Blake who today has been appointed as new director for fair access and participation at the Office for Students.

Blake said: “I look forward to working with universities and colleges to ensure that young people from all backgrounds are able to access the education that is right for their achievements and aspirations.” 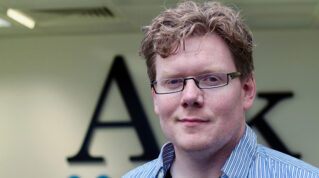 The government have appointed John Blake as the next OfS access lead. 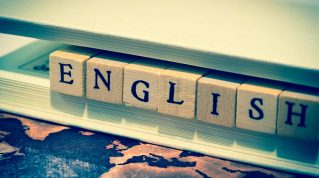