The Department for Education is taking back policy responsibilities from the ESFA, but it’s “consolidated” approach to post-16 policy may not bring the coherence sector leaders were hoping for.

DfE has confirmed that it will absorb post-16 policy and delivery functions from the Education and Skills Funding Agency from April 1, 2022. This was a core recommendation of a review into the agency, covered by FE Week last week, which has now been published in full.

The review said that the agency should instead focus on it’s “core funding role” and that that the DfE should form a single “consolidated” unit for all post-16 skills policy.

In its response, the DfE said: “As part of our work on how we better organise the DfE, we will have a group focussed on further education, higher education and employers, which consolidates all post-16 skills policy under one director general.”

Alongside the summary findings of the review, the DfE has also published its response to the 46 recommendations and details of changes to the way the department will operate from April 1.

Documents reveal that over 110 education stakeholders were consulted, including some of FE’s national representative organisations, skills leads at several mayoral combined authorities, agency and departmental officials and several college principals and CEOs.

DfE permanent secretary Susan Acland-Hood said the changes would mean the DfE is “organised in a way that is clear and makes sense to the stakeholders we work with and will help us deliver the department’s priorities on skills, schools and families”.

“We are serious about our purpose – to help children and learners up and down the country to realise their potential. To make sure the department is best organised to deliver on this we are making some changes.”

ESFA should focus on funding

The review, led by Sir David Bell, tested the functions of the ESFA against Cabinet Office criteria to determine whether it should continue to operate as an ‘arms length body’ to the DfE.

It found that while the ESFA’s funding operations do satisfy the criteria, its policy responsibilities do not. The review indicates that that the department has effectively been outsourcing post-16 policy responsibility to the ESFA since 2018 “when a strong policy delivery focus was needed”.

This has happened because, according to the review’s findings, there has been a “high level of integration” between DfE and ESFA which has led to “ESFA often being treated more as a part of the core department than as an executive agency.”

Stakeholders reported that it was difficult to understand who was responsible for what between the department and the agency, leading the review to conclude that “the sheer breadth of [the agency’s] current role risks distracting from its core funding delivery role and confuses customers.”

Apprenticeships, T Levels and level 4/5 policy as well as the National Careers Service and Worldskills sit currently with the ESFA but will move to the DfE from April 1.

Some sector leaders had hoped that consolidating all post-16 policy within one team at the department would deliver some coherence and consistency across policymaking.

Indeed, the review itself says: “DfE has decided to create a new internal ‘further education higher education and employers (FEHEE) group which will bring together all post-16 policy and operational policy in a single strategic centre.”

However the department were unable to confirm to FE Week today that post-16 school and sixth form policy, including the opening of new sixth forms, will be part of the new consolidated unit. Those functions currently sit on the schools side of DfE.

This comes following years of disputes with financially unviable school sixth forms and the opening of competitor institutions, not least the new proposed elite sixth forms from last month’s levelling up white paper.

Another of the review’s recommendation, which has been “agreed” by DfE states that: “non-financial regulatory functions for academies and the functions related to school/trust governance should move to DfE’s pre-16 regional tier, as should new trust and free school activity and UTC engagement.”

If it remains the case that school sixth form policy remains separate to other post-16 policy areas, that could dash the hopes of those looking forward to a more coherent approach to planning and delivery of post-16 education and skills.

The agency’s ‘provider market oversight’ functions however will remain within the ESFA. 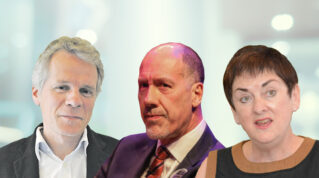