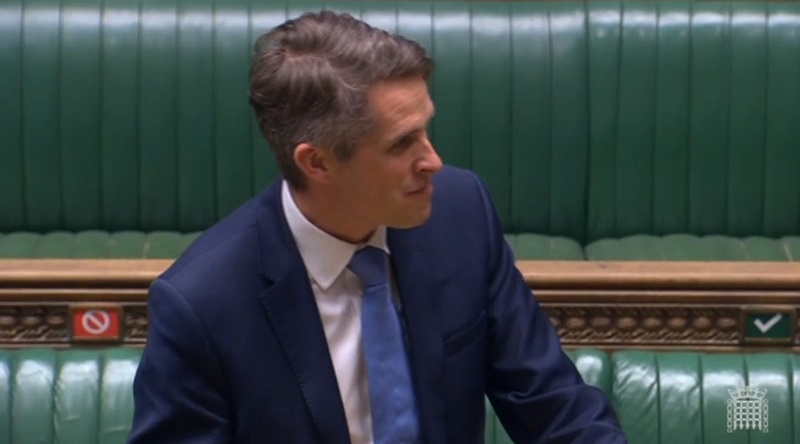 The government wants to rush through its plans for a post-qualifications admissions (PQA) system for universities “without legislation”, the education secretary has said.

Gavin Williamson told the House of Commons today that “we really want to bring PQA forward as rapidly as possible”, and said he would like to do it “without legislation and in cooperation with the sector”.

But the government will still drive the reforms forward even “if we aren’t able to have that cooperation”, the education secretary said.

The Department for Education launched a consultation in January on proposals to allow students to receive offers from university based on their actual grades, rather than predictions.

The consultation set out two different proposed models, one which would see pupils apply to university after receiving their A-level results, and another where pupils would make ‘pre-qualification’ applications but would only receive offers after results are announced.

The first model would need a longer application window, created by moving A-level results day forward from mid-August to the end of July and pushing back university term start dates to “no earlier than the first week of October”.

Asked about the progress of the reforms during education questions today, Williamson said the consultation closed in May “and we’re looking at the response from that consultation very closely”.

“We really want to bring PQA forward as rapidly as possible. We would like to do that without legislation and in cooperation with the sector but if we aren’t able to have that cooperation we will drive this forward.

“All the evidence from the Sutton Trust and so many others is clear that PQA goes to help children from the most disadvantaged families more than any other. That’s why we will make it happen.”

The government changed the rules in 2015 to allow sixth form colleges to become academies, and in doing so avoid paying VAT.

But Catholic sixth form colleges have complained that they are still prevented from converting because their religious character would not be maintained.

Today, Williamson was asked by Tory MP Bob Blackman whether he would allow an amendment to the skills and post-16 education bill currently making its way through Parliament “to provide an opportunity for Catholic sixth form colleges to academise with the legal protections they need”.

Williamson said he was “aware of how important this is, and we look at all legislative opportunities to see as to how this can best be done and we’re very committed at the earliest opportunity to make it happen”.

“We do want to see Catholic sixth forms be in a position to be able to academise, because we’ve seen the benefits that that can bring to so many schools, and I’ll happily work with my honourable friend and others to ensure it happens at the earliest moment.”