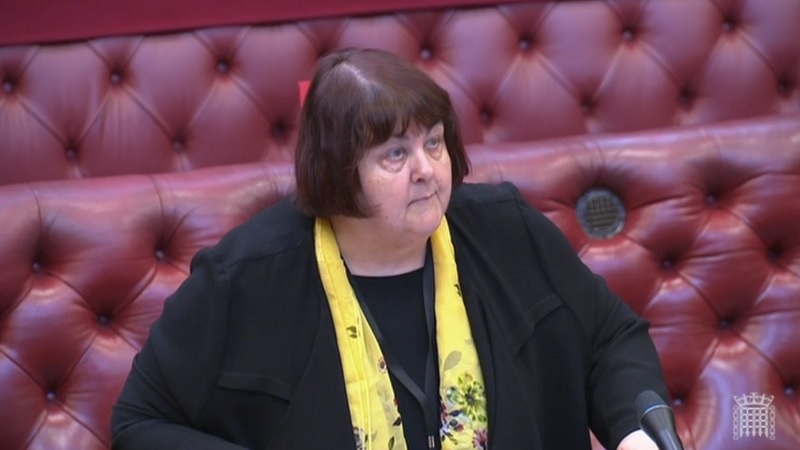 Labour will seek amendments to the Skills Bill so that metro mayors have a bigger role in local skills improvement plans, the House of Lords has heard.

The party will also seek to remove proposed new powers for the Institute for Apprenticeships and Technical Education, warning that the plans would “undermine the independent status” of Ofqual.

The government’s Skills and Post-16 Education Bill received its second reading in the Lords this afternoon, following the publication of the first draft last month.

Among 53 speakers was Baroness Wilcox (pictured) for the opposition, who outlined the amendments that Labour is proposing.

Wilcox said she is “concerned” that the government’s “desire for employers to take the lead in skill reform, lack clear structures, transparency, and will render providers passive recipients of LSIPs”.

“We will seek to amend the bill to empower the metro mayors and combined authorities to co-produce the plans in recognition of the crucial role they have to play,” she added.

“We will also seek to extend LSIP consultation to student representatives, trade unions, local and devolved governments and other relevant agencies.”

It comes after FE Week revealed in April that London mayor Sadiq Khan had slammed the government for cutting mayoral authorities out from leading new LSIP pilots.

Wilcox also said Labour is concerned that the education secretary will have the power to “select or sack ERBs, sign off on all LSIPs, to detect whether colleges are fulfilling these requirements, and to merge or replace colleges without recourse to local circumstances”.

“The first port of call for approving local plans and remedying poor local performance should be local, and not a centralisation of taking back control to Westminster,” she continued.

Wilcox called for the education secretary’s to be “narrowed to apply only in clearly defined exceptional circumstances”.

Another key proposal in the Bill is to give the Institute for Apprenticeships and Technical Education, a non-departmental public body directly accountable to ministers, the ultimate sign-off power for the approval and regulation of technical qualifications in future.

The Federation of Awarding Bodies has already warned that this would be a “retrograde step” from the independence of Ofqual and introduce a conflict of interest.

Wilcox said Labour is “concerned that this handing back, day to day of political control of technical qualification regulation would undermine the independent status of Ofqual and risks of cumbersome new dual regulatory approval system”.

“We will seek to amend the bill to ensure that off call remains the sole body,” she added.