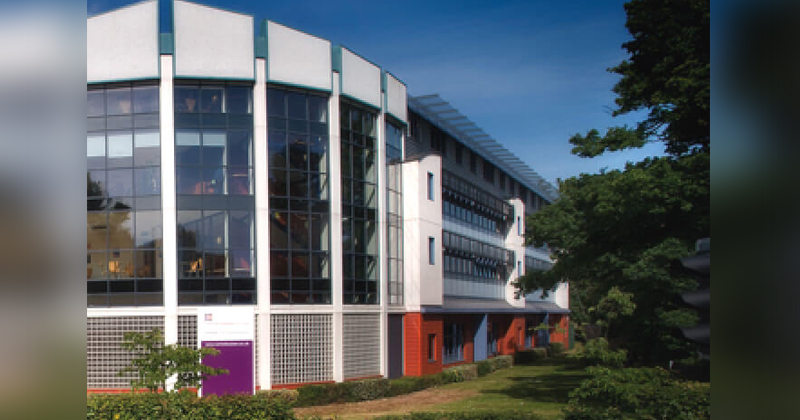 Staff and students have been evacuated from Crawley College after a suspected shooting near its campus.

Two people have been injured and a man has been detained after gunshots were reported this afternoon, according to the police.

A statement released by Sussex police said: “We have responded to reports of gunshot fire near Crawley College.

“One man has been detained at the scene. Staff and students are being evacuated from the college.

“Two people have suffered injuries, but these are not believed to be serious.

“Please stay away from the area.”

In a separate statement, the college said it was “aware of the incident” and they are “awaiting further information from the police”.

“At this time, we are not aware of any serious injuries,” a spokesperson added.

“Our priority remains the safety of students and staff.”

Crawley College is part of the Chichester College Group and teaches 16 to 19 study programmes, adult learners and apprenticeships.

The police has confirmed that two staff members were treated for minor injuries. These were not gunshot wounds but a firearm and knife were seized.

An 18-year-old man from Crawley has been detained and police are not looking for anyone else in connection with the incident. It is not being treated as a terrorist incident.

Crawley College has announced it will be closed to students on Tuesday (26 April) while police enquiries continue.

Principal Vicki Illingworth said: “Our college community was shaken by the actions that occurred yesterday afternoon.

“I cannot praise the courage, resilience and support shown by our staff enough. They have been incredible and the care and compassion they shared with our students and with each other continues to fill me with admiration.

“We can confirm two members of our staff did sustain some minor injuries, which were not gunshot wounds.

“Their heroic actions – and the rapid response of emergency services – helped to protect our college community. They are both at home, resting, and we ask members of the media to respect their privacy at this time.

“We are grateful to have received so many messages of support from parents and local residents, as well as colleagues across the FE sector, local authorities and individuals close to the college. We would like to thank everyone for keeping us in their thoughts and extend our thanks to the Police and the emergency services.

“We know many of our students are keen to resume their studies in their normal college environment. We will be providing updates as soon as we are able. But we look forward to being together again, on campus, soon.

“Thank you for your continued support, patience and understanding.”