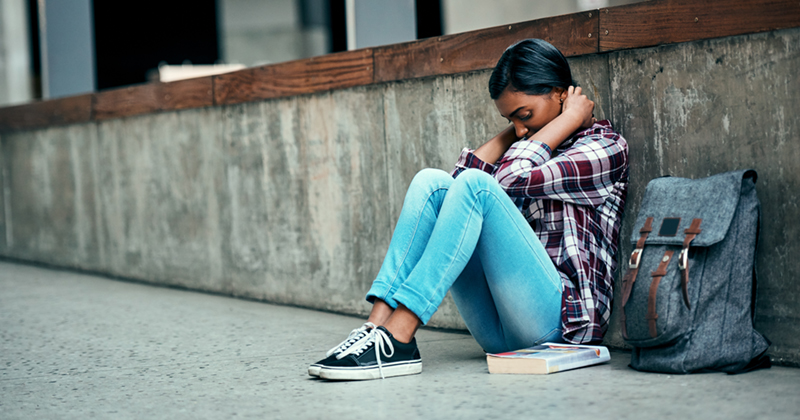 A “staggering” three quarters of 16 to 18-year-old college students are performing below normal expectations and are between one and four months behind, research suggests.

The Association of Colleges has also found that a similar number of adults (69 per cent) are below where they would normally be at this point in the academic year.

Students on practical courses such as construction, engineering, motor vehicle and hair and beauty have been hit hardest, the AoC added, because it is most difficult to replace practical teaching through online delivery.

The findings, published today by the membership organisation following a survey of 80 colleges across England, aim to “paint the picture” of Covid-19’s impact on college education to inform the work of the Education Recovery Commissioner Sir Kevan Collins.

The report warns of a “lost generation” without significant investment.

AoC chief executive David Hughes admitted the findings are “hardly surprising” and while there is “not yet a crisis”, time is “running out” to act.

Key recommendations put forward by the AoC include a guaranteed a fully funded extra year of study for students leaving college if they need it, estimated to cost around £80 million.

This would be handled through a “simple, flexible fund, which allows colleges to design programmes lasting between six months to one year to meet different needs and outcomes”. A bursary would also be required to support students to be able to participate.

Extra support for students and employers to navigate the government’s new “confusing” initiatives through the Department for Education and Department for Work and Pensions – such as skills bootcamps, traineeships, apprenticeships and Kickstart – is also called for.

The DfE should also remove the 17.5 per cent fall in funding for 18-year-olds compared to the rate offered for 16 and 17-year-olds, as well as providing targeted support for the most disadvantaged through a 16 to 19 student premium, similar to the pupil premium in schools, today’s report said.

The government has attempted to tackle the impact of lost learning on young college students by introducing a 16 to 19 tuition fund. However, the AoC’s survey found this is failing to have a significant impact as it is “too restrictive”.

Nearly three quarters (71 per cent) of colleges said they are having to provide additional tuition over and above the fund with many teaching over the Easter holidays to make up for lost learning.

The fund only allows small group tuition to students who failed to achieve a grade 4 in GCSE English and maths. As a result, colleges say they find it hard to meet the range of needs of large numbers of students across college provision including personal and social development and enrichment.

Other key issues raised with colleges by 16 to 18-year-olds, according to the AoC’ survey, include increased incidences of poor mental health and well-being such as: sleep problems, feeling demotivated, suicidal thoughts, lack of physical activity, depression and anxiety, according to the report.

For adults there are the additional challenges of juggling learning with home education of their own children and the “fact that employers are less willing to give time to those who are learning online rather than in college”.

Commenting on the report’s findings, Hughes said: “The latest data from colleges paints a stark picture of the pandemic’s impact on learning for young people and adults.

“The government needs to act swiftly to support existing college students, those starting this autumn and those leaving for the labour market so that they experience the least disruption to their progression as possible.”

James Turner, the chief executive of social mobility charity the Sutton Trust, said the impact of the pandemic on post-16 education has been given “too little attention in the past year” despite the immediate effects being “severe”.

The government’s Education Recovery Commissioner, Kevan Collins, was appointed in February and will remain in post for an initial nine months.

His role will advise on the design and implementation of potential interventions that will help students catch up learning lost due to the pandemic. His remit spans children and young people aged between two to 19.

The DfE said it is “working collaboratively with Sir Kevan and the wider education sector including the Association of Colleges to help develop and implement long-term solutions to tackle the impact of missed learning”.