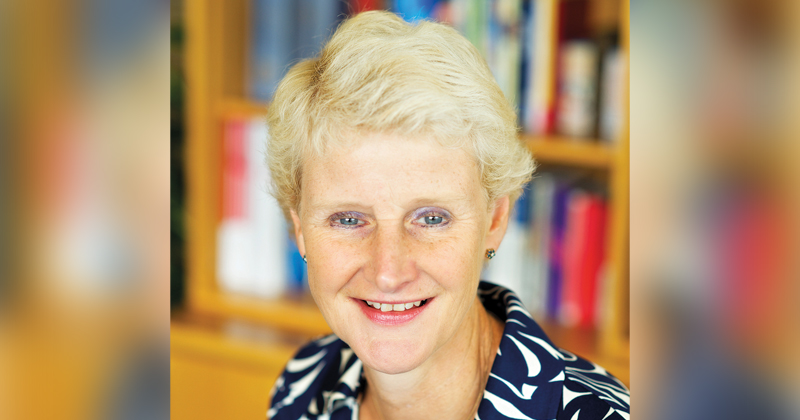 The chief executive of one of the country’s largest college groups has been appointed as the next FE Commissioner.

Shelagh Legrave, who has worked at Chichester College since 2003 and became leader in 2010, will succeed Richard Atkins on a permanent basis from October.

As FE Week revealed yesterday, current deputy FE Commissioner Frances Wadsworth will be in the post on an interim basis from today until Legrave takes the reins.

Legrave is a qualified accountant and currently chairs the Coastal West Sussex Skills & Enterprise Group as well as Bourne Community College and Stonepillow, a homeless charity.

She is also vice chair of the Collab Group and sits on the Chichester Festival Theatre board.

Chichester College has grown into one of England’s largest college groups under her leadership. She has led it through two mergers to achieve an ‘outstanding’ judgement from Ofsted in 2020.

Legrave, who was awarded an OBE in 2015, said it was a “great privilege” to be appointed FE Commissioner, particularly at “this critical time when skills will be vital to rebuilding our economy and communities”.

“As the FE White Paper has set out, colleges will be at the forefront of education and training that will enable social mobility and address the needs of employers,” she added.

“I look forward to supporting the Secretary of State and skills minister to ensure that further education and sixth form colleges across England are in the strongest possible position to change people’s lives for the better.”

Education secretary Gavin Williamson, who announced the appointment today, said: “I am delighted to appoint Shelagh to this vital role. She is hugely experienced in the sector, with a track record of outstanding success and improvement.

“At this crucial time for the country, an outstanding further education sector will be more important than ever and I look forward to working with Shelagh to support and challenge the sector to be the best it can be.”

The FE Commissioner role was introduced in 2013 as a key adviser to ministers in the Department for Education. The commissioner intervenes in struggling colleges, where visits turn into published reports which assess quality and financial health, as well as the existing governance and leadership.

Its inaugural post holder was Sir David Collins, who was replaced by Atkins in 2016.

The FE Commissioner leads a team of around 18 deputy FE commissioners and FE advisers, made up mainly of former college principals or deputy principals and directors of finance.

“He has made a huge impact in the role, which has developed significantly under his leadership and I wish him all the best in his retirement,” the education secretary added.