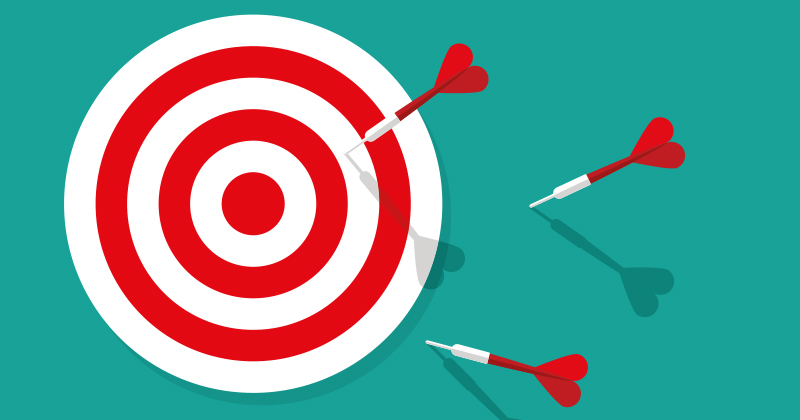 The public sector apprenticeship target is to continue for an extra year as the majority of bodies in scope struggle to hit the 2.3 per cent starts aim.

The Department for Education revealed on Friday it will be amending legislation to set a new one-year target from 1 April 2021 to 31 March 2022.

The original target, set under powers from the Apprenticeships, Skills, Children and Learning Act 2009, runs from 1 April 2017 to 31 March 2021 and mandates public sector bodies with 250 employees or more to start 2.3 per cent of new employees as apprentices over that four-year period.

The department told FE Week this new one-year target, which will stay at 2.3 per cent but will not count previous years’ performance, “demonstrates the government’s continued focus on delivering more apprenticeships in the public sector”.

Official DfE statistics published earlier this year shows most public sector bodies have so far failed to meet that bar over the first three years of the target, with an overall average of just 1.7 per cent between April 2017 and April 2020. 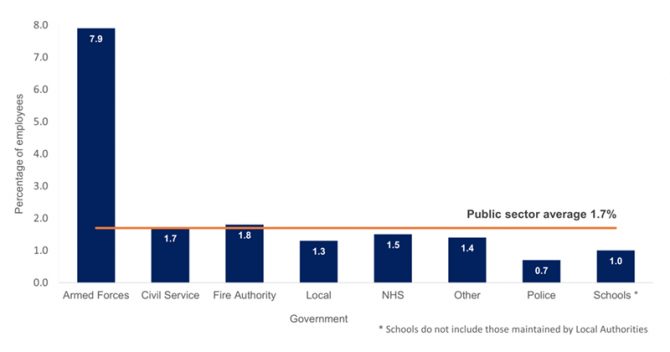 The police performed the poorest, with just 0.7 per cent over that period; followed by schools, with one per cent.

Best performing, by miles, was the only sector the meet the target – the armed forces, with 7.9 per cent.

This has been blamed on the high costs of training and employment, and ministers’ insistence apprentice teachers be supervised in the classroom, and that the profession remain exclusively for graduates.

Target progress must be ‘easily accessible’

The bodies will also have to publish their progress publicly, to “enable the government, the public, and wider stakeholders to understand each body’s headcount and the number of apprentices they employ”.

This information must be “easily accessible to the public, for example on the internal and external facing website of a public sector body in scope,” the guidance reads, as previous guidance on the target has said.

FE Week uncovered last October how scores of multi-academy trusts, councils and hospital trusts had failed to publicise what percentage of their staff had started an apprenticeship in 2019-20 on their websites by the September deadline.

At the time, the DfE appeared to be easing off mandating bodies to publish their guidance, saying it was simply “good practice” to do so.