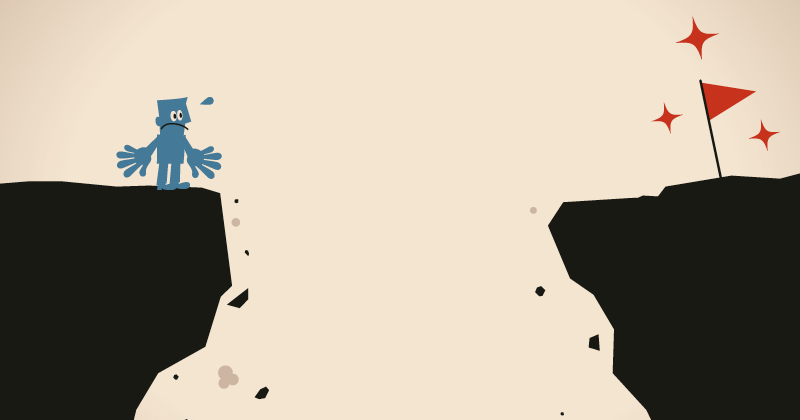 In the first study of its kind, the scale of the attainment gap for disadvantaged post-16 learners has been laid bare, writes David Robinson

In comparison to other education age phases, little attention has been given to the role of the 16-to-19 phase in delivering greater social mobility.

One reason for this is that it is very difficult for policymakers to measure the outcomes of disadvantaged students at college and sixth-form level, with students taking such a wide range of qualifications across different ages.

But in a new study – the first of its kind – the Education Policy Institute, funded by the Nuffield Foundation, provides new evidence to fill this space. The results from our exploratory research are deeply concerning.

We find that across all qualifications, disadvantaged college and sixth-form students are the equivalent of three A-level grades behind better-off students, on average.

In some parts of the country, this gap is as wide as five grades.

Much of this very large attainment gap can be explained by disadvantaged students’ lower performance at secondary school, which is then carried with them into college and sixth form.

We also see that the type of qualifications and the ability of students’ peers play a role in the gap.

But it also appears that on top of this, coming from a low socio-economic background itself may be contributing to the 16-to-19 gap.

If we look at poorer students and more affluent students who performed the same at GCSE, we see that disadvantaged students then face a further attainment penalty during college and sixth form – losing out by an extra half a grade.

‘Impact of pandemic on vocational grades’

And of course, the pandemic may be widening this gulf.

Learning loss resulting from the pandemic is felt most keenly by disadvantaged young people, as they tend to have poorer access to laptops or a quiet working space, and may be less likely to be doing online face-to-face teaching.

The impact of the pandemic on disadvantaged students’ attainment may also go beyond the effects of lost learning.

We know that in 2020 those taking technical qualifications such as BTECs did not receive the same boost to their grades as students taking A-levels.

As disadvantaged students are more likely to take vocational qualifications, they stand to fall further behind as a result of the grading in 2020.

And while the government has moved to avoid these mistakes for 2021, it’s not yet clear that this will entirely address this new disparity.

Last week, the government did reveal it would extend the 16- to 19- tuition fund for an extra year.

This is to be targeted towards supporting students to catch up in English, maths and other vocational and academic subjects.

As soon as these details were released, there were immediate debates as to whether this amount will be enough to make up for the lost learning and to close the inequalities that emerged during the pandemic.

‘Budget plans are not enough’

To add to these concerns, the offer from the Budget has been mixed at best. The greater rollout of traineeships is something we’ve called for previously.

But proposals for greater increases in subsidies for adult apprentices seem at odds with the evidence ̶ it is apprenticeships and other employment opportunities for young people that have been disappearing the fastest.

One thing is clear: neither the catch-up plan nor the Budget proposals will do much to close the huge inequalities in 16-to-19 attainment that existed prior to the pandemic.

Taken together with our new findings, it’s imperative that urgent action be taken by government. We must go significantly beyond the current catch-up plans.

Before anything else, the government should introduce a student premium for the 16-to-19 phase, as part of its upcoming review of funding.

Given that average funding rates are low in historic terms, the premium should not be at the expense of other students in this phase and should represent a real-terms increase for sixth forms and colleges.

If the government is to realise the potential of the 16-19 phase for improving social mobility, it must get started on closing the attainment gap here at once.