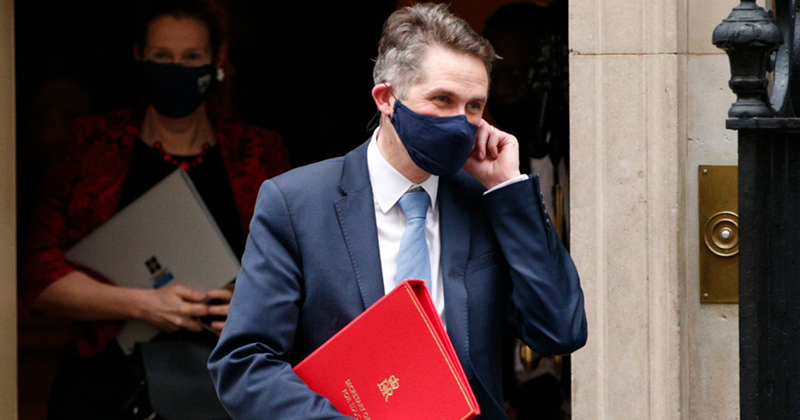 In an interview with FE Week, Gavin Williamson insisted that the providers have “not been left out”.

He said they can tap into the current local community testing regime until the supplies are made available to them through a “demand-led model” being developed by the Department for Education.

But he failed to explain why this process will not be up and running until the end of March – weeks after learners return to onsite teaching.

Williamson’s comments have been met with more anger from “livid” private providers, with one saying they tried to order 1,000 testing kits through an emergency line recommended by DfE but were allocated just ten.

The testing delay, described by the Association of Employment and Learning Providers as “madness”, has proven particularly controversial as colleges are receiving the kits ahead of a return to face-to-face training on March 8.

Guidance from the Department for Education states that it “expects” every 16-to-19 student will “attend their FE provider in person and will undertake the majority of their planned hours on site” from that date.

Private providers have warned that reopening without access to testing constitutes a “significant risk” and some fear they will now have to delay course starts as a result.

The DfE is yet to provide an explanation for why its “bespoke solution” for independent providers to order the kits is not yet available, or how it will work.

Asked who was to blame for this oversight, Williamson told FE Week: “As you can imagine, the range of independent training providers is extensive, and this is why we’re rolling out testing much more broadly.

“All independent training providers are able to benefit through the community testing regime, so they’ve not been left out. They’re actually able to tap into that resource straight away.”

He continued: “What we’re doing is we’re massively expanding our testing regime and taking off some of the burdens of those independent training providers, but they already have access to testing through community, local authority testing schemes and we really would encourage them to do that. But as part of our big expansion, they’re going to be included in what we’re doing as well.”

Jon Graham, chief executive of training provider JTL, described the situation as “such a shameful and immoral thing”. His provider trains around 8,000 learners, mostly in plumbing, electrical and engineering apprenticeships across 12 different sites in England.

JTL previously received a text from the Department of Health and Social Care saying JTL was eligible for free Covid-19 test kits, but when the provider tried to order 1,000 last week, they were only offered ten.

“Why is it that a college over the road gets all their 16-to-18-year-olds in safely with testing but for thousands of our learners I’ve got to choose ten of them to get a test?” Graham said.

“Apprentices are also moving around different sites and offices. If you are an electrician or plumber, you’re going into people’s homes and they could be vulnerable people and you might be asymptomatic – I’ve not been able to test them.”

As Williamson said, private providers are encouraged in the DfE’s operational guidance for reopening to use local asymptomatic testing sites until their kits arrive in April.

But as FE Week reported last week, not every local authority has one, and most are not easily accessible by public transport for students.

In the absence of testing, the DfE says providers can help ensure the safety of students and staff and minimise the risk of outbreaks by implementing their recommended “system of controls”.

This includes ensuring face coverings are worn as well as other personal protective equipment where appropriate, promoting the “catch it, bin it, kill it” approach, keeping occupied spaces well ventilated and maintaining social distancing.