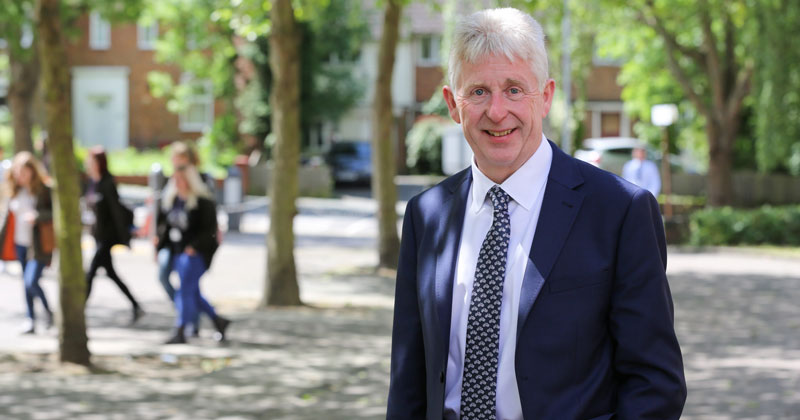 A high profile college leader has taken the reins at the Hull College Group as a short-term interim chief executive.

Staff were informed today that Lowell Williams, a former national leader of further education who retired as the boss of Dudley College last year, will lead the group until its new permanent chief executive, Chris Malish, takes over in May.

Williams has worked in colleges for over 30 years and set up his own consultancy firm shortly after leaving Dudley College, which he led to an Ofsted grade one in 2017.

He is the latest in a string of short-term interim bosses at Hull College Group since its former permanent leader, Michelle Swithenbank, resigned in 2019.

Vice principal for finance Darryn Hedges was first to take up the temporary position before Derek O’Toole, a former deputy principal of Hull and then principal of Hopwood Hall College came in. Tony Lewin, principal at Newcastle College, was then appointed to the position in July 2020.

Malish will join from Bradford College, where he was director of finance and corporate services and then deputy chief executive.

Hull College Group declined to comment when FE Week asked why Lewin had stepped away from the interim post just months before Malish takes over.

The college has been through a period of turmoil in recent years which included a £42 million government bailout, and independent investigation into allegations of nepotism and financial wrongdoing, and ongoing FE Commissioner intervention.

“We look forward to welcoming Chris to the college from the beginning of May.

“To support the college in the meantime, the corporation have appointed Lowell Williams to step in as interim chief executive and accountable officer. Lowell is an experienced and respected leader in the FE sector and will be working with Chris to ensure a smooth transition over to his leadership.”