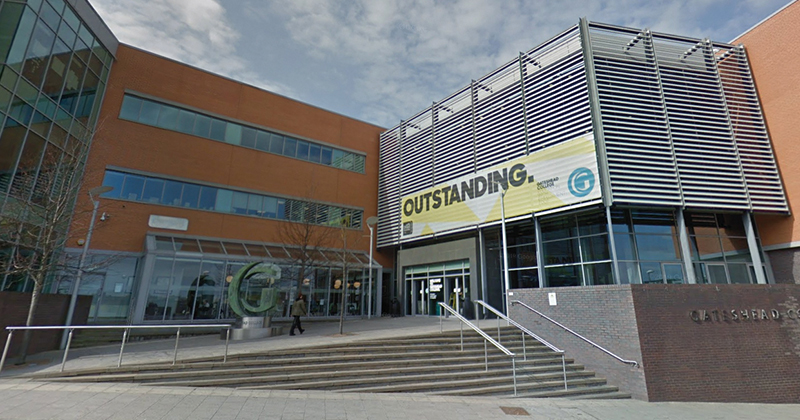 Unauthorised loans, at least £5 million in government bailouts and an inability to investigate potential “fraud” has been revealed in an embattled college’s newly published accounts.

Gateshead College has been subject to FE Commissioner intervention since a number of its former leaders stepped down in late 2019 after an independent investigation was ordered when a shock £6 million deficit was discovered.

While the investigation report has still not yet been released, the college has finally published its financial statements for 2018/19 after a year-long delay which shed light on the situation.

Here is what we learned.

Forecasts that were presented to the governors prior to the end of July 2019 stated that the college was projecting a £200,000 surplus. But in the months following the year end, a “significant” deficit was identified which after charging £6.5 million in “fixed asset impairment losses” totalled £11.7 million.

After commissioning the independent “forensic firm of accountants” to investigate how and why the deficit arose, the governors now understand that the monthly financial reports being presented to them included “overstatements of income and understatements of costs”.

They found “weaknesses in financial controls, governance oversight of executive information and ways of working, segregation of duties and lack of assurance in the monthly financial information being reported”.

The college received an “unauthorised loan” of £1,100,000 from the Gateshead College Foundation – a charitable organisation established to provide financial support to the college’s students to ensure their studies are not impacted by personal hardship – which was repaid during the year.

Furthermore, following the year end, the governors discovered that in September 2020, £1,105,000 of the Foundations funds had been transferred to the college to “support immediate cash needs”.

The accounts state that despite this being “custom and practice in former years with amounts being repaid in full in-year to the Foundation”, the transfer of funds was “not authorised”.

As the college is currently unable to make immediate repayment, an agreement was reached to repay the outstanding loan over a period of 15 years.

The forensic review undertaken in January 2020 also identified errors in both the 2017 and 2018 financial statements which understated subcontractor costs by £1,693,000 and £477,000 respectively.

The accounts say the college has not been able to identify the specific cause of these errors being made and “whether they are as a result of financial reporting fraud”.

An internal follow up investigation of this matter has “not been possible due to lack of access to relevant individuals who have now left the college”.

Since discovering the threatening financial position the Education and Skills Funding Agency has so far given the college £5.4 million in emergency funding to ensure it can “continue to operate on a day to day basis”.

The grant received from the ESFA is expected to convert to a loan and while the terms of repayment are not yet agreed, they are expected to include a requirement to dispose of “certain properties”.

Further short-term funding of up to £1 million “may be required in the year ending 31 July 2021 from the ESFA which has not yet been formally confirmed,” the accounts state, adding that the absence of such funding would “result in insufficient cash within the group in the Spring of 2021”.

The college owes Barclays Bank £9.6 million, which after breaching covenants is now repayable within one year.

Further breaches are anticipated this year and next.

The accounts state that while the bank is “supportive”, there is “no formal confirmation in place” that the repayment timeline will be revised.

The college was subject to an ESFA apprenticeship audit in February 2019 which resulted in the clawback of funds of £284,000.

In addition, the accounts state that a further £409,000 of withdrawals was “identified and notified to ESFA”, which was as a “result of the process of withdrawals/leavers being too slow and not recorded until after the financial year end”.

Gateshead College’s former principal Judith Doyle stepped down on 31 December 2019 after the independent investigation was ordered. She was the country’s highest paid principal the year before.

The financial statements add that the former leadership had set up a “long-term talent retention bonus scheme of £424,000” relating to the period August 2016 to July 2019. While remuneration committee approval was obtained for payment of this bonus, “minimal evidence of challenge or verification of the outcomes being presented were made by the committee”.

Auditors disagree with governors’ claim that accounts are a ‘going concern’

Despite admitting there were “several material uncertainties that may cast significant doubt on the group’s and company’s ability to continue as a going concern”, the governors signed off the accounts as a “going concern”.

This was as a “result of the ongoing process of monitoring and review with the ESFA, the FE Commissioner and the bank” which mean the college will have “adequate resources to continue to meet its liabilities as and when they fall due”.

However, auditors RSM said they do believe a “material uncertainty exists that may cast significant doubt on the group’s ability to continue as a going concern” and have signed off the accounts as such.