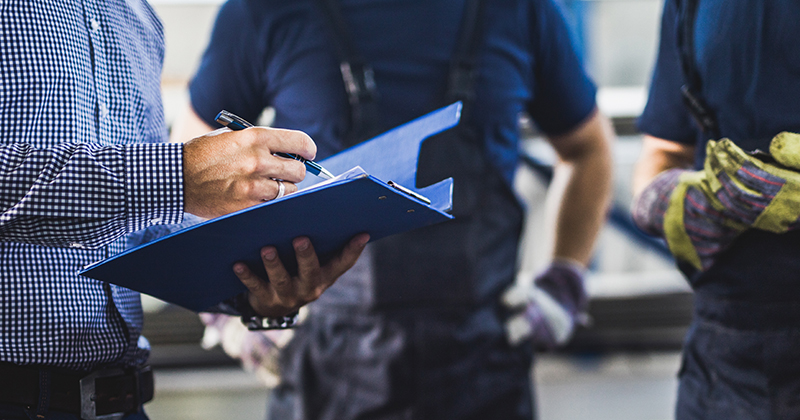 A lack of regulatory powers for quality assurance providers to enforce compliance with apprentice assessment rules was a key reason for moving the job to Ofqual and the Office for Students, according to a new report.

The Institute for Apprenticeships and Technical Education has today published its first ever ‘external quality assurance’ (EQA) annual report, providing a stocktake of the key findings around how end-point assessment (EPA) has been delivered throughout the year.

It warned that a “small number of incidents” occurred where the EPA plan or conditions of the register of end-point assessment organisations have “not been complied with and where the independence or validity of assessment has been compromised as a result”.

While there were no instances on the standards for which Ofqual or the IfATE currently provide EQA where they had to take enforcement action, a number of other EQA providers, which are professional or employer-led bodies that do not hold regulatory powers, ran into resistance from assessment organisations.

“The majority of EQA providers lack the regulatory powers to enforce changes from EPAOs,” the report said.

“This has meant that a number of EPAOs have refused to make changes requested by EQA providers, either in a timely manner or in some cases at all, which allows unsatisfactory end-point assessment practices to continue.”

It added that quality assurance and regulatory regimes are put in place to identify and intervene in cases of poor practice and these kinds of incidents are “clearly unacceptable”.

The report does not go into detail about the cases or name those involved, but does say “egregious incidents” of malpractice and breaches of the conditions involved, for example, an EPAO “assessing apprentices on a standard that it is not registered to deliver; and another attempting to assess apprentices on an obsolete version of an assessment plan which was no longer relevant to or endorsed by the industry”.

FE Week has previously reported on serious government concerns over the maturity of the EPAO market, and sector leaders have previously called for the register of EPAOs to be “purged”.

IfATE says EPAO non-compliance is one of the reasons it is moving to a new regime where all EQA will be carried out only by Ofqual or, for integrated degree apprenticeships, the Office for Students both of which have regulatory powers.

Since the apprenticeship reforms came into force three years ago, the government has handed quality assurance responsibility to around 20 professional or employer-led bodies, in addition to Ofqual, IfATE and OfS.

The transition to the new streamlined EQA regime began this year, with 68 standards transferred to Ofqual in November and will continue in 2021. The full transition is expected to be completed by summer 2022.

Today’s report says there is further work to be done in other areas of EQA to ensure that gradings are applied fairly across apprenticeship standards, that reasonable adjustments are implemented consistently and fairly, as well as aspects of the design and delivery of specific assessment methods like multiple choice questions and professional discussions.

It also provides an overview of the “over 100 flexibilities” to the way EPA can be delivered in the face of Covid-19 restrictions, which will be in place until at least the end of March 2021.

Jennifer Coupland, chief executive of the IfATE, said: “I’m incredibly proud of all the fantastic work the sector has done with the institute to ensure that EPA and EQA has continued successfully throughout the pandemic, allowing large numbers of apprentices to complete and move on with their exciting careers.

“While there are areas to improve on, this report shows that the vast majority of assessment is being delivered to a high-standard which is encouraging as we look ahead to 2021.”

You can read the report in full here.