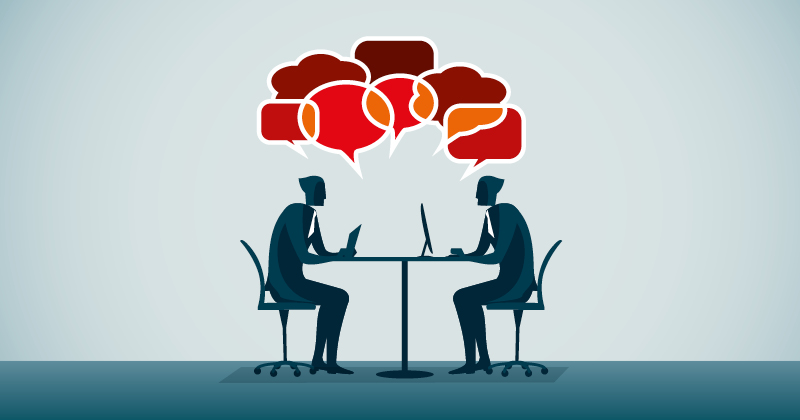 The Association of Colleges has called for an end to competition in the FE market and for government to force collaboration between all providers which funding is conditional on.

The membership body has today published a report that claims competition has had a negative effect on choice, quality and the delivery of specialist courses and that “excessive” provision can “destabilise and fragment the post-16 education system at area level”.

Under a series of proposals put forward for greater coordination through a “place-based managed market”, the AoC calls for a “single post-16 commissioning and regulatory process” which applies to “all providers”, including school sixth-forms and independent training providers, to “promote efficiency, sufficiency, quality and equality and ends siloed regulation”.

The association also says a structure is needed which allows “strong, anchor institutions”, such as “successful colleges” to “lead provision and their area”.

There should be “clear conditions for funding, market entry and continued market presence based on strong local co-ordination”, it adds.

And under a new “rules-based framework”, the DfE should “require providers to engage with area coordination, with a duty to establish network strategies” and that there should be targets for “minimum and average class sizes for all providers”.

Ofsted should then inspect against this framework “to ensure that public resources are being deployed efficiently and responsibly”.

The report, titled ‘The impact of competition in post-16 education & training’, builds on the recommendations from the Independent Commission on the College of the Future report for England which last month called for new legislation to force all colleges to be part of “networks” where funding and accountability ultimately lies.

It comes ahead of the imminent FE white paper.

AoC chief executive David Hughes claimed that the recommendations put forward today would not mean a loss of autonomy for colleges, but that it should be colleges who lead on area co-ordination because they are “the major providers in an area and they can be given the responsibility to engage others, including employers, ITPs, schools, universities”.

Explaining the approach further to FE Week, Hughes said: “It is not going to be sitting around a table and deciding, for example, sixth form A delivers A-level maths, while sixth form B delivers BTECs in performing arts. That is not what we’re proposing, we are coming at it from the other end of saying what you want in an area is to look at what is needed broadly and to think about the curriculum offer spread and the levels to broadly meet the needs of the population and where there are gaps or problems you might do something.

“We’re not saying that somebody will be told they’re not allowed to deliver a qualification.”

Reacting to today’s AoC report, Association of Employment and Learning Providers managing director Jane Hickie said: “AELP is reluctant to comment again so soon after the commission’s report. But we honestly find the report’s references to it being about 16 to 19 provision and the references to markets confusing when forced collaboration between all types of providers across all post-16 provision appears to be the prescribed solution.  What is a ‘managed market’ really in this case other than an exercise in control by a lead college?

“If the AoC is right to point the finger at the government for being at fault for being the market purchaser, then surely the answer is to make the individual learner the purchaser with the individual exercising choice via learning accounts over properly accredited courses supplied by government approved providers of whatever type. What is there to fear from individual choice?”

A Department for Education spokesperson said: “Our priority is making sure people across the country gain the skills we know employers value and that will help our economy recover as we build back better from coronavirus.

“Our ambitious FE White Paper will set out plans to build on and strengthen the excellent work that is already happening, so we can unlock even more potential and level up skills and opportunities across the county. More will be announced in due course.”

Investing in anchor institutions as hubs for specialist or ‘minority’ provision

The Department for Education (DfE) should:

o target minimum and average class sizes for all providers.

Ofsted should:
• inspect against such a framework to ensure that public resources are being deployed efficiently and responsibly.