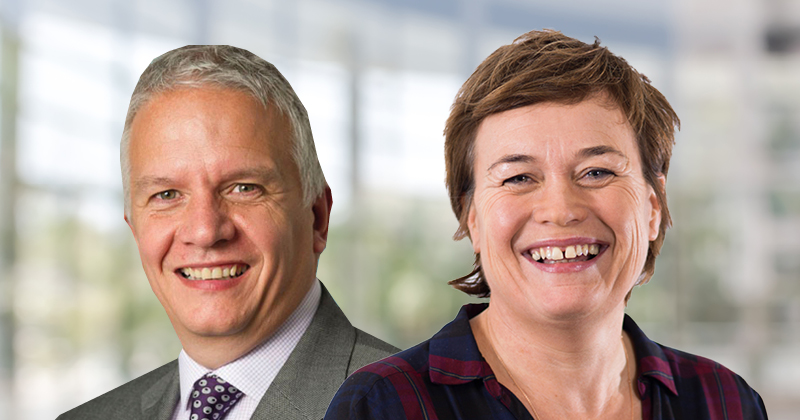 Two well-known sector leaders have been appointed as the new co-chairs of the Federation of Awarding Bodies.

They will replace Paul Eeles and Terry Fennell, the current chair and vice-chair of FAB respectively, who are retiring from the roles having each served two terms which have spanned across the last seven years.

A joint letter to members from Donnelly and Woods said the decision by FAB’s board to appoint co-chairs was “innovative” and one that was taken because the “breadth of engagement required as we face the future is probably beyond what is possible for one chair and a vice chair”.

The co-chairs, along with chief executive Tom Bewick, will spearhead FAB’s input in the upcoming FE White Paper, level 3 and below reviews, T Levels, apprenticeships, higher technical qualification expansion, as well as the organisation’s “highly complex” relationship with regulators such as Ofqual.

A joint statement from Donnelly and Woods said their appointment comes at a time when further education is “at last centre-stage in our national story about how we build a more prosperous, productive and inclusive economy in future” and their task is to “listen to and work with FAB’s entire membership to chart the best way forward.

“We’re already planning a series of virtual ‘Town Halls’ with members and key stakeholders in the New Year.”

Donnelly, who is a frequent keynote speaker at various FE conferences including FE Week’s Annual Apprenticeship Conference, stepped up to the role of chief executive of City & Guilds in January after eight years as managing director.

She was awarded an MBE in 2011 – the same year she joined City & Guilds from the now-defunct Learndirect – for services to e-learning.

Woods joined VTCT in 2016 as chief executive after running his own company consulting on apprenticeships and learning, and previously, leading Skills for Justice – a sector skills council.

He was appointed OBE in 2004 for services to sustainable development and is currently also the vice-chair of Walsall College.

Welcoming the appointments, Eeles and Fennell said: “On behalf of the whole organisation, we would like to congratulate Kirstie and Alan for taking on the baton from us at Board level. As colleagues, we know the real respect they both have across the education and skills sector for what they have achieved. There’s no doubt Alan and Kirstie will provide inspired industry leadership for our part of the education profession during these unprecedented times.

“After our combined tenure on the board of 14 years we both feel that we are leaving FAB in excellent hands.”

Donnelly and Woods thanked both Eeles and Fennell for their “excellent leadership” and “extraordinary” time and energy that they have volunteered for the roles, insisting that the “whole awarding and assessment profession is indebted to them”.